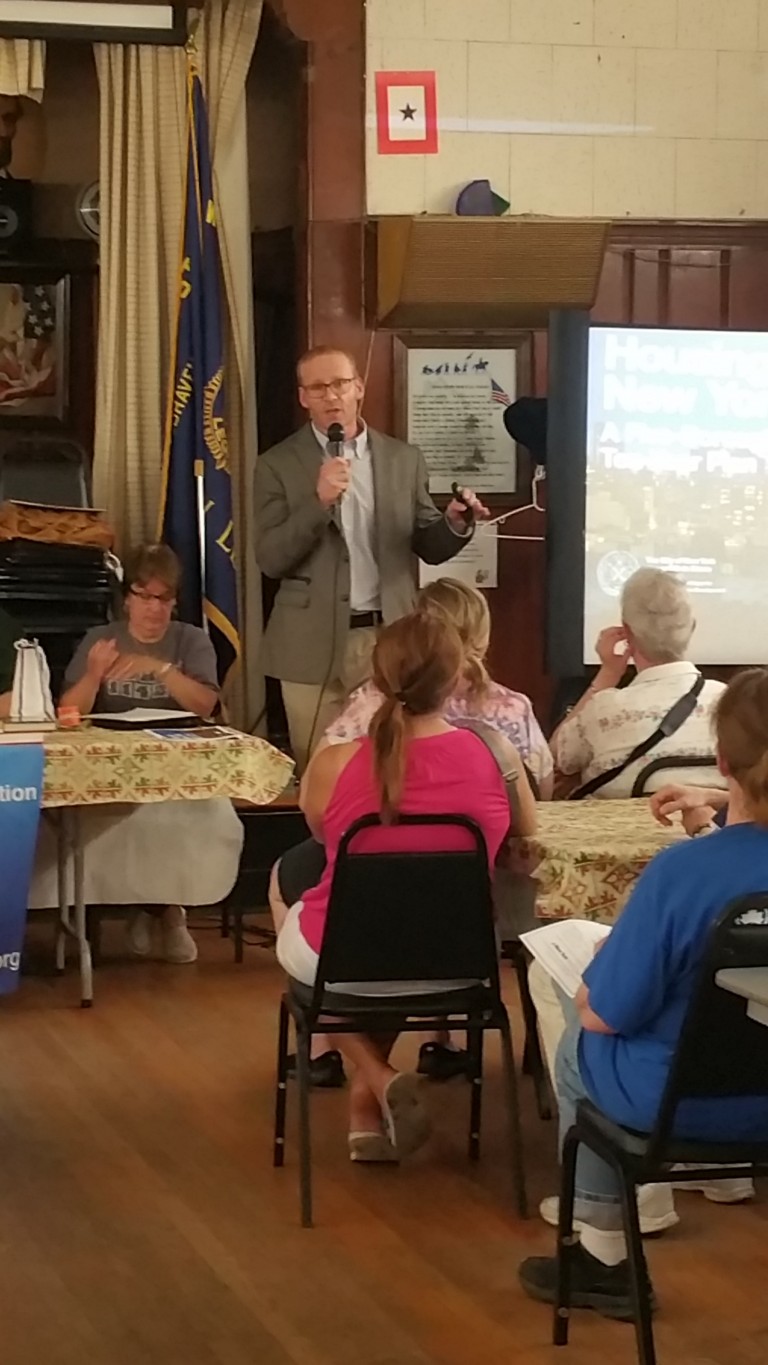 While most of the goals of the de Blasio administration’s Housing New York plan seemingly will not directly impact Woodhaven, some residents and business owners are still anxious about the program that aims to construct or preserve 200,000 units of affordable housing across the city in the next 10 years.

In order to assuage some fears and offer a more clear understanding of the mayor’s plan, Eric Wilson, assistant commissioner of Planning and Sustainability at Housing Preservation and Development, presented Housing NY last Thursday at the Woodhaven Residents’ Block Association meeting.

“It’s kind of the blueprint for how we’re going to produce affordable housing in New York for the next 10 years,” Wilson said.

“The goal here is to create communities that don’t really have just one type of socioeconomic [status],” Wilson said, adding that the need to figure out the best way to use city-owned land is another main objective.

Among the concerns raised last Thursday, the perceived loss of a community’s identity was at or near the top.

“We really don’t want to lose the face of our community,” said WRBA President Martin Colberg. “In Woodhaven, we’re good with change, but we’re also big on preserving community.”

Wilson responded, “The goal is to empower tenants’ rights groups. Nothing is happening to this community.”

However, the proposed rezoning of nearby East New York had some residents crying foul.

“We’re well aware that rezoning causes anxiety,” Wilson said. “Though nothing is planned for Woodhaven, you should be aware of what’s going on.”

Since de Blasio announced the plan, many WRBA members have been worried about the purported widespread legalization of basement and attic apartments.

“Basement apartments will not be legalized,” Wilson said, “because that’s not quality housing.”

“I’m glad you answered that question,” Colberg added, “because it’s a big concern around here.”

Colberg then stressed to Woodhaven residents to report illegal apartments and conversions.

“If you see it, say something,” he said. “It’s for the safety of everybody.”