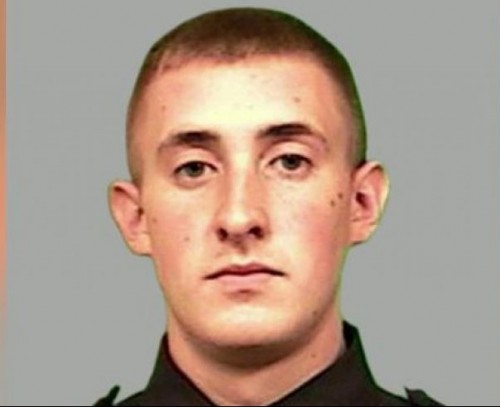 A grand jury last week returned a 12-count indictment charging a Queens Village man with the May murder of a city police officer and the attempted murder of his partner, according to Queens District Attorney Richard Brown.

According to the charges, Police Officer Brian Moore, 25, and his partner, Officer Erik Jansen, 30, who were assigned to the 105th Precinct Anti-Crime Unit, observed Blackwell adjusting his waistband on 104th Road around 6:15 p.m. on May 2. When the two officers rode alongside Blackwell to question him, he allegedly removed a gun from his waistband and fired a number of shots at the two officers who were still inside their police vehicle.

Moore was struck twice in the head and succumbed to his injuries two days later. Jansen was not struck.

Brown called Blackwell’s alleged actions “a direct attack on society and the law and reminds us of the dangers that our police officers face each day—and the ultimate sacrifice they may be called upon to make—as they carry out their sworn duty to protect and serve our communities.”

Asked about his client’s current mental state, David Bart, Blackwell’s attorney, said he was not “at liberty to discuss any private interactions” with Blackwell.

“Things like his demeanor and such, to me, would be sacrosanct,” Bart said, adding that he has not begun to talk to Blackwell about any possible legal strategies.