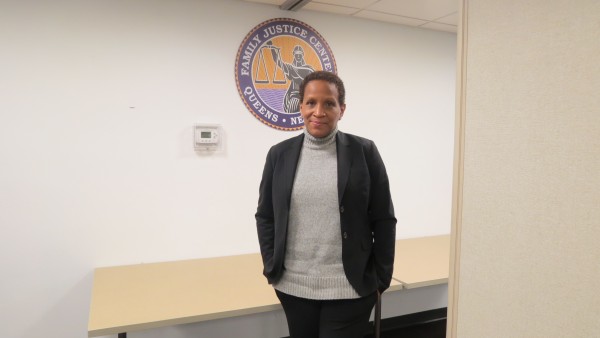 The de Blasio administration last week announced the expansion of a successful anti-stalking program to Queens.

The Coordinated Approach to Preventing Stalking, according to the Mayor’s Office to Combat Domestic Violence, aims to increase the identification and reporting of stalking incidents, enhance stalking arrests and prosecution, and link stalking victims to services through OCDV’s Family Justice Centers and High Risk Domestic Violence Response Teams.

The program’s success on Staten Island—specially trained staff more than doubled the number of identified stalking cases during the first year of the initiative in 2014—is setting in motion a citywide expansion of the program, starting in Queens. OCDV and NYPD paired with Queens District Attorney Richard Brown’s office to rollout CAPS in four precincts—101, 103, 105 and 113—all of which have a high incidence of domestic violence.

“By placing the emphasis on early intervention, rather than waiting until stalking behavior escalates, the CAPS initiative has helped to increase the safety net for victims of intimate partner stalking on Staten Island,” said OCDV Commissioner Rosemonde Pierre-Louis. “I am confident that this strong and effective homicide prevention model will work to provide the same benefits to residents of Queens, and I am proud to work on this critical initiative hand-in-hand with the New York Police Department and the Queens District Attorney’s Office.”

As part of the initiative’s implementation in Queens, specialized training will be conducted for NYPD police officers, members of the District Attorney’s office, and community partners on how to identify stalking behavior, better understand stalking statutes, recognize the role technology plays, engage in risk assessment and safety planning, and work with victims to document and preserve evidence of stalking incidents.

Stalking victims identified by law enforcement will be referred to the NYC Family Justice Center in Queens where clients will have access to wraparound services, ongoing safety planning, and interagency coordination and rapid response around high risk cases.

“Research studies have shown that a majority of domestic violence homicide victims were previously stalked by their assailants. While we have always prosecuted these cases very aggressively and will continue to do so, we are encouraged that with the expansion of the mayor’s CAPS program, fewer women will become homicide victims,” Brown said.

“When we can work together to stop stalking, we know we are preventing future crimes and sometimes even death,” he said.