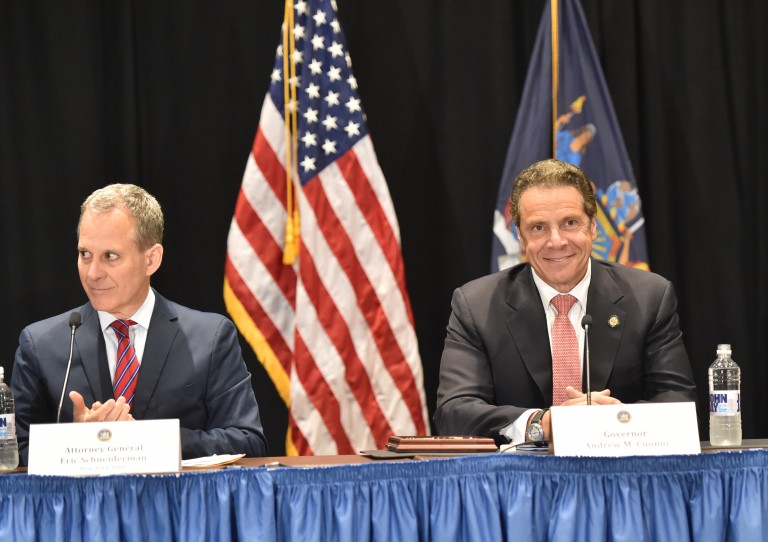 Cuomo issued the order last Wednesday, citing “recent incidents involving the deaths of unarmed civilians that have challenged the public’s confidence and trust in our system of criminal justice.”

A climate rife with incidents that include the chokehold death of Eric Garner on Staten Island and the alleged accidental shooting of Akai Gurley in a Brooklyn housing project stairwell compelled Cuomo, he said, “to conclude that my constitutional obligations provide that in cases where an issue of a real or perceived conflict of interest exists, and to ensure full confidence in our system of criminal justice, a special prosecutor should be appointed with respect to such incidents. Such appointment of a special prosecutor will supersede in all ways the authority and jurisdiction of a county district attorney to manage, interpret, prosecute or inquire about such incidents.”

“There has been this tremendous erosion of public confidence,” Schneiderman said last Sunday on John Catsimatidis’ AM 970 radio show, as reported by the New York Daily News. “People really feel that police are held to a different standard than others.”

Cuomo’s order also calls for the special prosecutor to provide a report to his office “on all cases in which the prosecutor declines to present evidence to a grand jury regarding the death of a civilian as described in [the order], whether in custody or not, allegedly caused by a law enforcement officer, or the grand jury declines to return an indictment on any charges.”