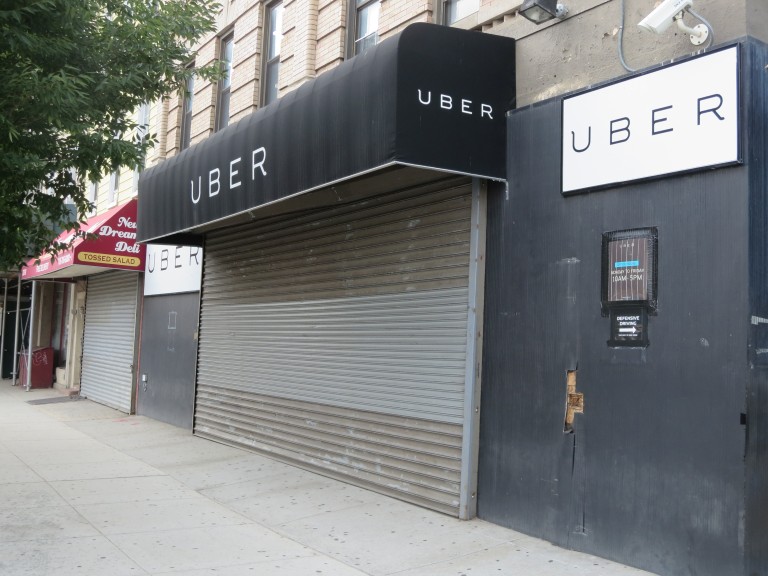 In a move that some observers are calling a small victory for rideshare service Uber, and a minor defeat for the de Blasio administration, both sides last week agreed to a plan that would allow the city to study Uber’s impact on traffic and congestion for four months while holding the service’s growth steady during that time.

The deal between Uber and the city was struck just hours before a planned City Council vote to cap Uber and other for-hire vehicle companies with more than 500 vehicles to 1 percent growth over a one-year study.

In a statement, First Deputy Mayor Anthony Shorris said, “Today the administration, City Council and Uber have agreed to a framework that will advance the city’s vital policy goals for passengers, drivers and the public.”

Shorris said the plan would help “guide a comprehensive and fair public response, driven by data, to the increase in for-hire vehicles… and ensure future growth of this industry matches the values and the interests of New Yorkers.”

Founded in 2009, Uber connects riders to drivers by way of an app. The multibillion dollar company now operates in hundreds of cities across the country and the world.

In the borough, which is serviced by a hodgepodge of TLC-regulated yellow and green taxis, black cars/limos and now rideshare services such as Uber, Lyft and Sidecar, support has been growing for alternatives.

“I ran for office to help create more jobs, not to kill them,” he said. “This bill punishes working men and women and is a colossal waste of time.”

Ulrich added that the administration should focus on job creation instead of elimination.

“This bill was a bad idea from the beginning. There are more important issues that we should be working on right now.”

However, as with most city policies, the Uber and for-hire vehicle controversy is mostly dependent on point-of-view and self-interest.

The New York Taxi Workers Alliance, which supported a limited moratorium on the issuance of new vehicle permit licenses for for-hire vehicles, said it was “disappointed.”

“I feel like the mayor basically caved,” Bhairavi Desai, executive director of the Alliance, told the Daily News. “But at least he’ll hold them at the table for the next four months. The governor just gave them a blanket pass.”

But Uber riders like Mike B. in Forest Hills said he was very happy with the rideshare service.

“Hot damn Uber is great!” he wrote on Yelp. “Real-time tracking of cars in your pickup area, ratings of drivers, safe and friendly drivers, pretty spot-on ETAs for pickup/dropoff times, reliable fare quotes, ability to split fares…it’s all awesome.”
De Blasio, speaking on the Uber controversy last week during a speech about safety improvements for Queens Boulevard said that while the agreement was important in and of itself to help examine potential congestion problems in the city, he added that he thought the company was overstepping its bounds by way of its aggressive tactics.

“Uber thought its ability to purchase advertising and lobbyists would be all it needed to get its way without any exception,” de Blasio said. “And those of us in the public sector, elected to serve the people, take exception to any company that believes it can dictate the terms to government.”