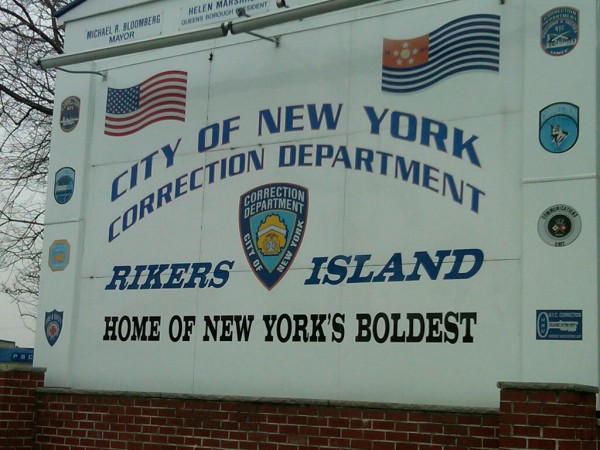 PHOTO: An historian is organizing a petition to change the name of Rikers Island due to the namesake family’s ties to the slave trade. File Photo

A Harlem historian is organizing a petition to change the name of Rikers Island, saying the namesake family was involved in the slave trade.

Historian Jacob Morris set up a petition on change.org “to remove the historically disgraceful and despicable name of ‘Riker’ From the NYC ‘Riker’s Island’ penal Institution.”

The East River island just north of LaGuardia Airport was purchased by Abraham Rycken in the 1660s. The 400-acre isle became the full-time home of the nation’s largest jail system in 1935.

However, according to Morris, the Riker family sold the island to the city in 1884.

“Richard Riker was the patriarch of the Riker family and also chief magistrate of NYC from 1815 until 1838. Without the legal cover he provided them, the major bounty hunting rings in NYC would not have been able to kidnap black people, (including little black children!!) and sell them down South,” Morris wrote, later adding, “We find it nauseating and fundamentally incongruous that a man who was a leading participant in what was called at the time ‘The Kidnapping Club’ by abolitionists, has his name on the island and jail complex that houses one of the largest and most notorious penal institutions in the world, in which primarily black and Hispanic men are overwhelmingly incarcerated.”

Rikers Island is comprised of 10 jails which hold male and female offenders who are awaiting trial and cannot afford bail or were remanded; those serving sentences of one year or less; and those pending transfer to another facility.

The Department of Correction did not respond to a request for comment.