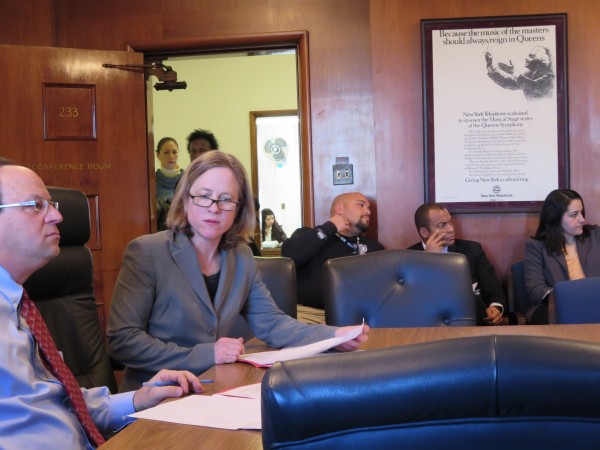 Three area branches of the Queens Library will be getting a piece of a $14 million funding pie courtesy of the office of Queens Borough President Melinda Katz, according to the Beep, who made the announcement this week.

Katz announced that the allocation of her Fiscal Year 2016 discretionary capital funds will be put toward expansions, renovations and technology across 12 library branches throughout the borough, including $800,000 for a roof replacement at the Ozone Park Library; $122,000 for security cameras at the Woodhaven branch; and $81,000 for security cameras at South Ozone Park.

“The millions of families who rely on the Queens Library services deserve nothing less than a world-class library system,” Katz said. “The Board of Trustees—which the mayor and I reformed in 2014 thanks to prompt state legislation—continues to move the Library in the right direction consistent with its educational purpose. This capital allocation will help ensure the Queens Library branches remain up-to-date and better able to serve its educational purpose as a community hub of learning, literacy and culture.”

Queens Library Board of Trustees Chairman Carl Koerner added that the $14 million boost “will allow the library to substantially upgrade its infrastructure, providing a better environment for Library customers.”

The Ozone Park branch received the largest piece of funding, followed by Douglaston/Little Neck, who will get $500,000 to upgrade its heating, ventilation and air conditioning system.