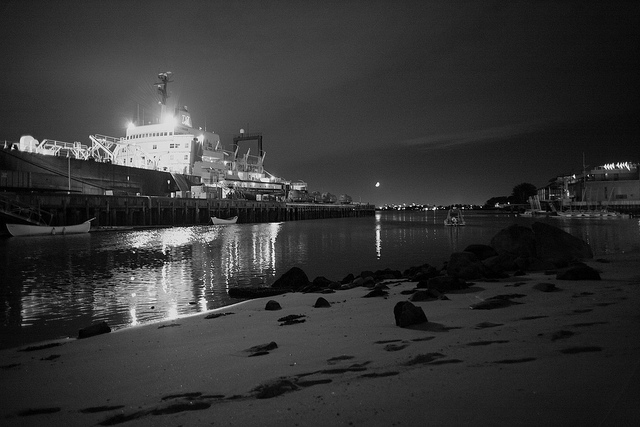 PHOTO:  The Empire State IV has had an illustrious career as both a commercial sea vessel and as a training ship for SUNY’s Maritime College.  Photo courtesy of All Engin Haznedar, flickr.com.

Young Howard Beach mariner students have come home from their summer training voyage aboard the Empire State VI, a vessel first launched in 1961 as a freighter, sold to the Maritime Administration and converted into a training vessel in 1990, and now under the command of State University of New York’s Maritime College.

Founded in 1874, the College was the first of its kind in the United States and is the largest of seven accredited degree-granting maritime academies in the country. Located in the Bronx, Maritime College enrolls over 1850 students, 1250 of which are pursuing licensure with the United States Coast Guard and thus are members of the Regiment of Cadets. 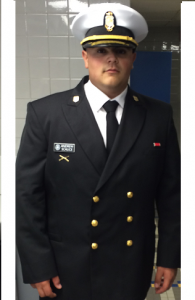 Every summer, the Empire State heads out in a three-month European voyage that carries nearly 700 cadets through Italy, Ireland, Croatia, Spain, and other countries. Each cadet is required to take three training “sea terms” in the course of their study, each with progressively greater responsibilities. Third-class cadets are rising sophomores and take one of two possible 45 –day terms. First-class cadets take the full 90-day journey and have the most senior responsibilities, which for all cadets are divided into deck and engineering disciplines.

The students attend Maritime College with diverse career goals. Some hope to work in commercial maritime fields, while others transition smoothly to military accession and training. According to the online mission statement, the College “educates leaders to excel in the global maritime environment through an interdisciplinary approach to undergraduate and graduate studies in engineering, maritime studies, global maritime business, security and supply chain management, and environmental science.” 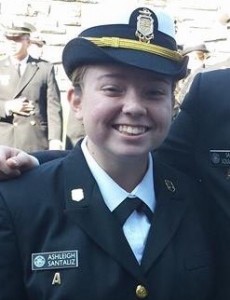 Ashleigh Santaliz of Howard Beach, a rising sophomore and third-class cadet at SUNY Maritime College in the Bronx, recently completed a 45-day training voyage aboard the Empire State. Photo courtesy of Lisa Scalice

Cadet third-class Ashleigh Santaliz, one of four Maritime College students from Howard Beach, enjoyed her Empire State training voyage – her first time on a large ship – and said that she hopes to become an engineer on a passenger cruise line such as Disney or Carnival.

“What stood out for me the most about this trip was being with my friends in another part of the world. It helped me to build stronger friendships as well as forge new ones,” said Santaliz.

Despite its less-than-glamorous accommodations, the Empire State has been a haven and a saving grace to many. In the wake of major storms Katrina, Rita, and Sandy, the ship was loaned by the College to house first responders, AmeriCorps, FEMA, and port workers as they worked to rebuild destroyed areas in Louisiana, New Jersey, and New York.