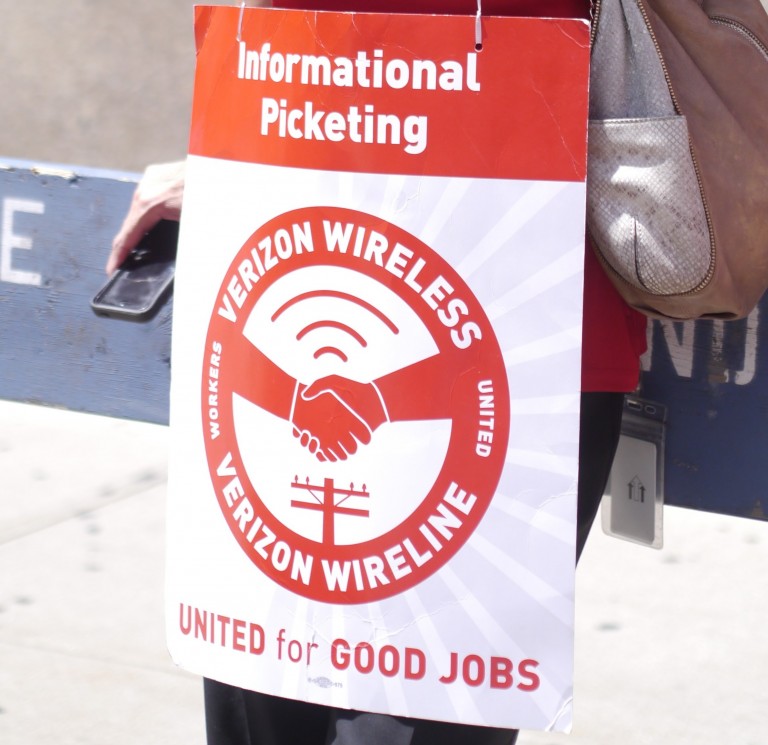 PHOTO: A Member of the CWA Local 1105 rests upon a barricade during a union rally to bring attention the current contract negotiations with Verizon. Forum Photo by Greg Zwiers

Picketing by Verizon workers in the Communications Workers of America Local 1105 union drew state senators in support of their cause to the Verizon office building in Forest Hills to bring attention to the collective bargaining underway between the union and corporation last Thursday.

The telecommunications company closed the last of 39 FiOS union-staffed stores on July 23. The stores have been replaced with Verizon Authorized Vendor stores across the city. The company and union have been in negotiations since June.

“We are about the productivity of the company, but we are about fair compensation,” said Robert Shannon, Vice President of the CWA Local 1105. 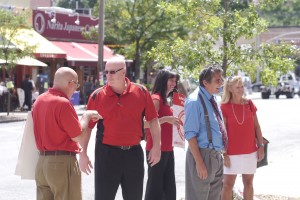 Shannon said union workers in the FiOS stores received months of initial training and ongoing training on new products and services from Verizon that the Vendor stores do not receive. The more personalized training supposedly helps employees better assist customers.

According to Shannon, most union members are the primary bread winners of their families and need to have fair compensation in order to support them.

Edward Marchand, chief steward of the Local 1105, said the training in the Vendor stores is called accelerated training and is taught in a more seminar-type setting, with all questions reserved for the end. The condensed training covers upcoming services that workers sometimes forget by the time the product is actually on the shelves, making them unable to answer customer questions as well as they would like to.

Union workers lose their right to arbitration during contract negotiation, meaning that there is nothing they can do if they lose their job or a grievance is denied. One union member left the demonstration early, saying she was afraid she’d lose her job if she didn’t get to her work shift on time. 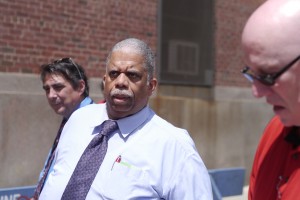 “Elected Officials all across the city support you,” said Comrie, reminiscing about having visited the same location in support of the union in the past. “[Verizon’s] trying to blame technology on why they can’t give you a raise, [but we’re] putting the pressure on Verizon to do the right thing.”