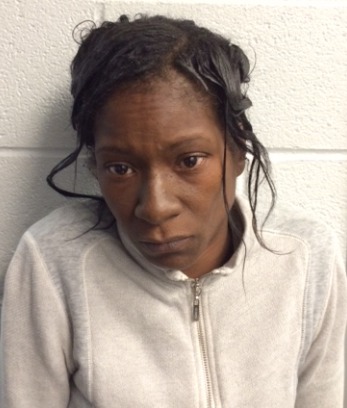 Margo Grant-Louree, 41, was arraigned last Thursday night on a complaint charging her with third-degree grand larceny and official misconduct. She was released on her own recognizance and ordered to report back to court on Sept. 24.

According to the charges, Bindoo Ahluwalia, a passenger going through the Terminal 7 security checkpoint at the airport on Aug. 26 placed his round-faced, white diamond-encrusted Diamond Master watch in a plastic bin and proceeded to go through the security screening. Ahluwalia then walked away, forgetting the watch, which is valued at more than $7,000.

Video surveillance of the screening area allegedly shows Grant-Louree, who was assigned to that checkpoint at the time, pick up the watch and walk away.

According to the complaint, Grant-Louree allegedly admitted to taking the timepiece and going into the bathroom with it, but when she returned to her post, she allegedly told investigators that she became nervous when she saw her co-workers searching for the missing watch. Grant-Louree left the area again and allegedly destroyed the watch.

Soon afterwards, she resigned her position with the TSA.

“TSA holds its employees to the highest standards. As such, we expect our employees to conduct themselves with integrity, professionalism, and with respect for the public we serve. We have zero tolerance for theft,” said TSA spokeswoman Lisa Farbstein. “When our employees fail to meet these fundamental ethical standards, we will hold our personnel appropriately accountable. The vast majority of the TSA workforce serves with honor and integrity, and treats every passenger with dignity and respect.”

If convicted, Grant-Louree faces up to seven years in prison, Brown said.