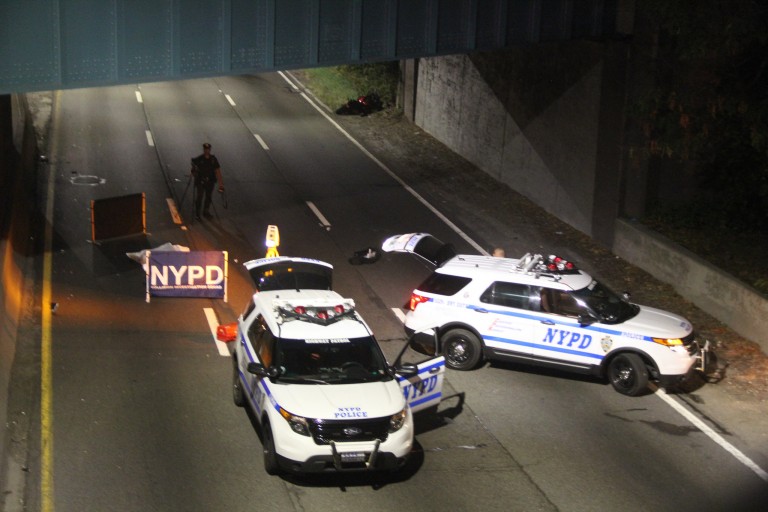 PHOTO:  Police on Wednesday were still investigating a Labor Day hit-and-run accident that left a motorcycle passenger dead at the scene on the Belt Parkway near Cross Bay Boulevard. Forum Photos by Richard York

A Brooklyn woman who had been riding as a passenger on the back of a motorcycle died Monday night in a horrific hit and run accident on the Belt Parkway in Howard Beach, according to police and published reports.

The victim, identified as Sade Eversley, 22, was thrown from the motorcycle along with its operator, a 28-year-old man, after he lost control of the bike near the Cross Bay Boulevard exit and struck the center median.

Eversley and the unidentified man landed in the left lane. The driver of a white minivan attempted to swerve out of their way, but hit Eversley and kept going. Immediately after that, the driver of another minivan could not bring his vehicle to a complete stop in time and struck the woman as well. That driver remained at the scene.

Eversley was pronounced dead at the scene by paramedics.

No charges have been filed. Authorities are still searching for the driver of the white minivan. The investigation is ongoing.