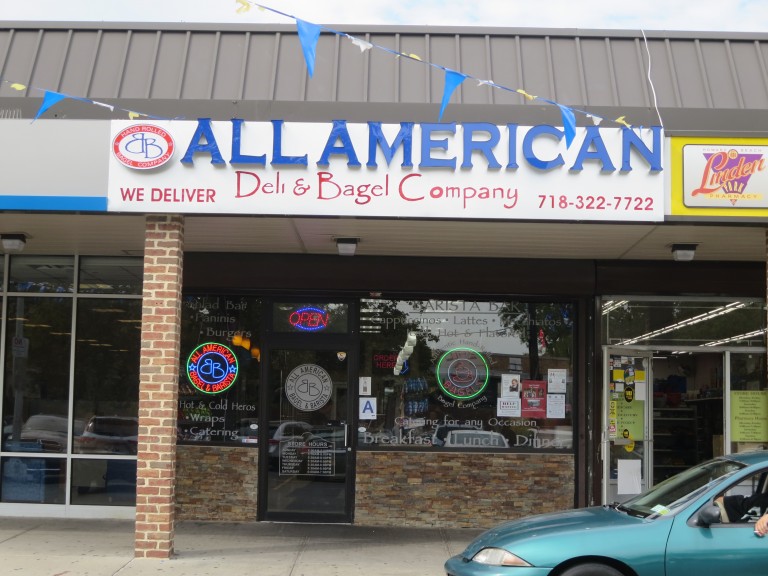 PHOTO:  Though his establishment has been awarded an A grade, the owner of All American Deli & Bagel Company in Lindenwood says the city Health Department’s letter-based inspection system is less than fair. Forum Photo by Alan Krawitz

The city Department of Health and Mental Hygiene has said that its five-year-old letter-grading system has helped bolster the overall cleanliness of the city’s more than 24,000 restaurants.

But some borough eatery entrepreneurs told The Forum this week that the system isn’t fair and is in need of repair.

The owner of All American Deli and Bagel Company in Lindenwood, who asked to not be identified for this story, indicated that his problems with the Health Department—centering on an outdoor, walk-in freezer that the agency said needed a new license—were so vexing that he was forced to reach out to elected officials to intercede on his behalf.

The deli owner said that he had been open since April when he was told that his exterior refrigerator box needed a new license—though the previous owner kept the freezer as-is for more than five years.

As a result, All American was shut down for nearly a month, without warning, by DOHMH for the violation.

The owner explained that he ended up spending more than $15,000 to try and correct the violation, even with the help of state Sen. Joe Addabbo, Jr. (D-Howard Beach).

“I know [the owner] and he’s trying to do the right thing by the community with his business, and it’s not right for the city to try to make things hard for him,” Addabbo said, adding that the issue at All American was not a health-related problem, but more of a code issue that should not have resulted in the business being closed.

“City agencies have to work with small businesses, not against them,” Addabbo added.

The senator later said that the city needs to “at least give warnings to a business before trying to close them down.”

All American has since reopened, with the help of Addabbo, but its owner said that he lost “thousands of dollars,” while the business was shuttered—and the freezer issue has not been fully resolved.

“The Health Department is really bad and everyone knows it,” the owner said, calling the entire letter grading system “a shakedown.”

Other area restaurant owners, including Alfred, a decades-long veteran of the industry who owns La Villa Pizzeria and Restaurant in Howard Beach, empathized with All American’s owner, citing what they characterized as inconsistencies in the rules.

“The letter grading system is not fair across the board,” Alfred said, adding that many restaurants look dirty even from the outside yet have A grades on their windows.

“I wonder how that’s possible?” he ruminated.

But the bottom line, said La Villa’s owner, is that the city needs money and he feels that larger, more established restaurants are being unfairly targeted almost solely based on their ability to pay fines and correct minor violations.

He also said that infractions, which can routinely end up costing thousands, are often written for things that don’t even relate to food safety and hygiene issues.

“The city’s Health Department is necessary but they need a better system than the one they’re using now,” Alfred said, adding that everyone should be graded equally, even eateries in lower-income neighborhoods.

DOHMH did not respond to a request for comment for this story.

“You can’t raise city revenue on the backs of business owners,” Addabbo said.