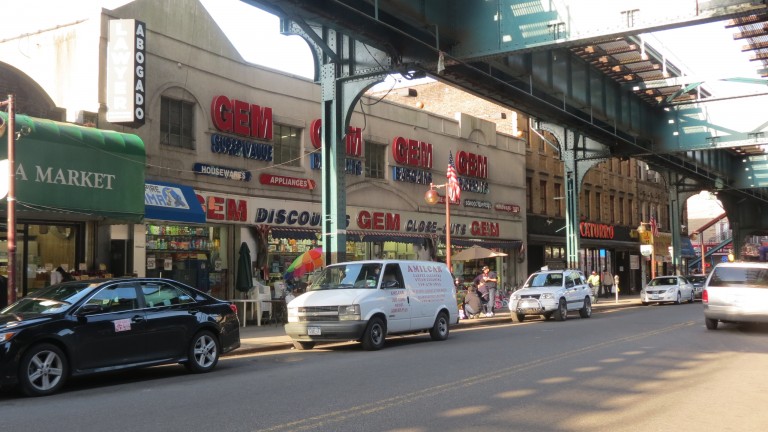 PHOTO:  Part of the $22,000 allocated by City Councilman Eric Ulrich’s office will go toward a retail market analysis of Jamaica Avenue between Forest Parkway and 114th Street.  Forum Photo by Michael V. Cusenza

Ulrich’s office has allocated $22,000 through the Neighborhood Development Grant Initiative for an extensive retail study of the commercial districts of Jamaica Avenue between Forest Parkway and 114th Street, and 101st Avenue between Drew Street and 100th Street, to be conducted by the QEDC.

The report will delve into community assets and resources, challenges, area demographics, business breakdowns, traffic patterns, retail expenditures, competition, land use and zoning, development opportunities and other business impacts. The facts and figures, Ulrich said, will be used to produce a complete retail market analysis of the two corridors which can be used to realize the economic opportunities on the avenues and to better market the commercial corridors to new, higher-end potential establishments.

“Small businesses are the lifeblood of our communities,” Ulrich said on Monday. “This retail market analysis will help foster greater economic development and attract new and diverse businesses to our community.”

QEDC Executive Director Seth Bornstein said the agency is “very happy to be working with Councilman Ulrich on this initiative to analyze the economic possibilities for Jamaica and 101 avenues. Laying the groundwork for these two key commercial corridors to realize their growth opportunities can serve as a catalyst for future investments in the community.”

“This is an excellent opportunity to revitalize the commercial strip of Jamaica Avenue,” added Maria Thomson, executive director of the Woodhaven Business Improvement District. “I thank Councilman Ulrich for his support of the BID and of Woodhaven.”