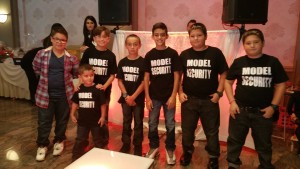 The bold-face names parading through Paris Fashion Week had nothing on the mini models that fiercely strutted their sartorial stuff last Saturday in Howard Beach at the Heart Heroes Runway Fashion Show fundraiser in honor of Valentina Marie Allen. 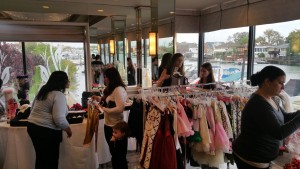 Organized by Team Valentina and designer Zuly Collao-Ruiz, with all proceeds going to the Children’s Hospital of Philadelphia, the show also featured catered food, a DJ, free balloons, face painting by Sprinkles the Clown, games, temporary tattoos, and more.

More than 200 people packed the Roma View room to cheer on the amateur Angels as they walked the short runway, while others perused the By Zuly C. clothing racks set up in the far left corner. Ten percent of By Zuly C.’s sales last Saturday were earmarked for CHOP. 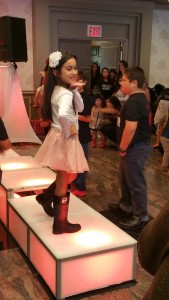 Area businesses donated nearly 100 different raffle prizes, and the 50/50 raffle quickly reached the $2,500 mark—half of the total went to the winner, while the other half went to CHOP.

The afternoon show was just the latest fundraiser organized in Valentina’s name. The tough toddler succumbed to heart disease five months ago at CHOP at the age of 2, but her fight and family have captivated the hearts of Howard Beach.

“A lot of people connected to her,” said Ryan Allen, Valentina’s father. “Yes, people go on with their daily lives, but it’s nice that they just haven’t forgotten, that they’ll come to something like this.”