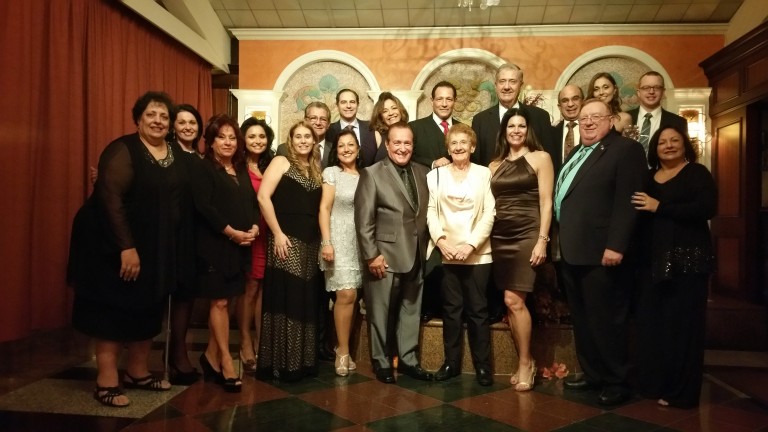 PHOTO:  Angels On The Bay Board of Directors on Tuesday trumpeted more than two decades of charitable fundraising, and the fighting spirit of Valentina Marie Allen, at the nonprofit’s annual gala at Russo’s On The Bay in Howard Beach.  Forum Photos by Michael V. Cusenza

On a crisp October evening this week, Russo’s On The Bay turned into an alcove of altruistic angels as it hosted the Angels On The Bay 21st Anniversary Benefit Ball.

In addition to marking more than two decades of raising funds “to provide life-enhancing services for the chronically ill, developmentally disabled, and physically challenged children” of the Howard Beach community, this year’s grand gala also celebrated the life and legacy of Valentina Marie Allen, the tough Howard Beach toddler, and great granddaughter of AOTB Board Member Nicholas Lo Prinzi, who succumbed to heart disease five months ago at the Children’s Hospital of Philadelphia at the age of 2. 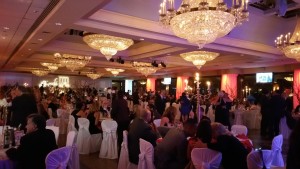 Russo’s On The Bay hosted more than 400 guests Tuesday night at the Angels On The Bay 21st Anniversary Benefit Ball.

“[Valentina’s] journey really inspired us to take Angels into the next chapter of our mission,” AOTB Vice President Cookie Kurtz told The Forum. “Her loss truly struck us. We always look at the big picture, but recognizing Valentina this year brings us back to the core of why we do what we do.”

“I know Valentina will make a beautiful Angel,” Kurtz said in stirring remarks to the audience. “Her [AOTB] legacy begins tonight.”

Founded by Frank Russo, Jr., Frank Russo, Sr., Cookie Kurtz, Cathy Burns, and Julie and Bruno Rinaldi, Angels On The Bay aims each year “to have our funds directly involved in helping those who care, teach, and improve the quality of life for these children.”

To date, AOTB has raised more than $3.8 million for children’s services.