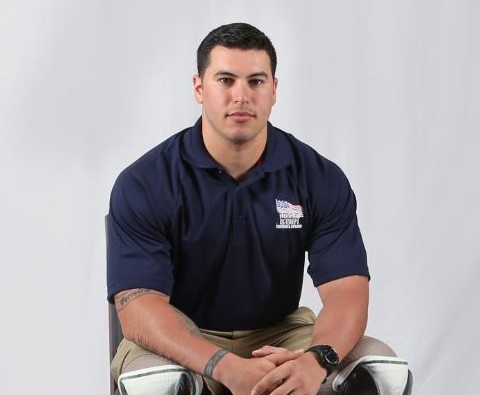 A U.S. Marine Corps veteran who lost both of his legs to an improvised explosive device in Afghanistan four years ago is being hailed a hero after saving an injured infant from a car wreck last week in Howard Beach, according to the city Fire Department and a published report.

Marine Matias Ferreira, 26, was on his way home to Long Island last Wednesday evening following his wedding rehearsal at St. Mary Gate of Heaven church in Ozone Park when he heard a crash behind him as he drove his truck on Cross Bay Boulevard, according to a report in the New York Daily News.

A car collided with a median pole, and its female driver, who was stuck in the driver’s seat, was screaming “My baby! My baby!”

Ferreira, who has prosthetic limbs, stopped his truck and he, his brother, and future father-in-law raced toward the smoking vehicle. As his family members got the parents safely out of the car, Ferreira “tore off a headrest, squeezed into the backseat and freed the baby from her car seat,” Daily News reporter Leonard Greene wrote. 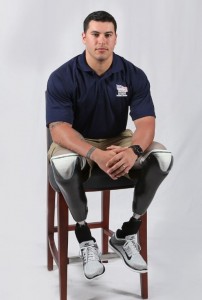 FDNY officials told The Forum that they received a call of a “motor vehicle accident with injuries” around 8:30 p.m., and transported an infant with “serious injuries” to Elmhurst Hospital shortly thereafter.

The current condition of the baby is unknown.

Ferreira shrugged off the praise, saying he just did what anyone else in the moment would have done.