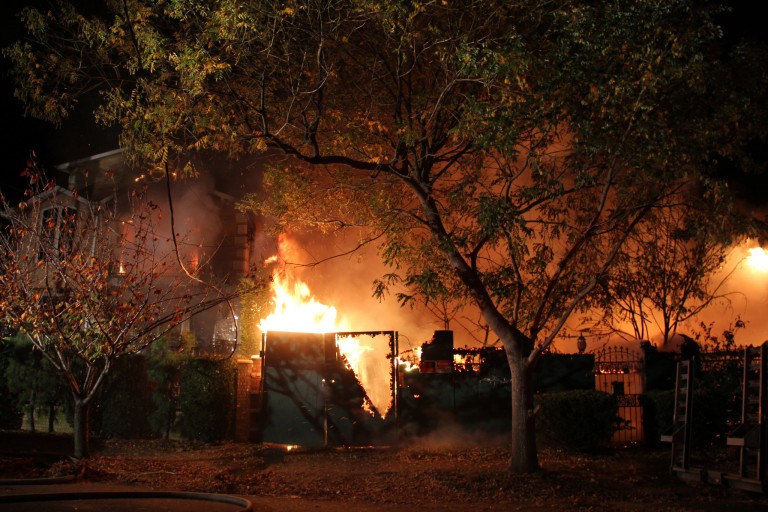 The cause of a fast-moving fire in Forest Hills that destroyed one house and severely damaged two others last Sunday night is still under investigation, according to city Fire Department officials.

FDNY units were alerted around 7:30 p.m. to the fire in a two-family house that was under construction on 112th Street and 68th Drive. Authorities said the inferno quickly escalated to a third alarm and spread to two neighboring houses. It took 33 units and more than 140 firefighters to bring the blaze under control around 9:05 p.m.

More than 140 firefighters battled the blaze on 112th Street and 68th Drive.

No injuries were reported.

A Fire Department deputy chief who responded to the scene told the New York Post that he deemed the blaze to be “suspicious” because of “the large volume of fire upon arrival” of the first-due FDNY companies.