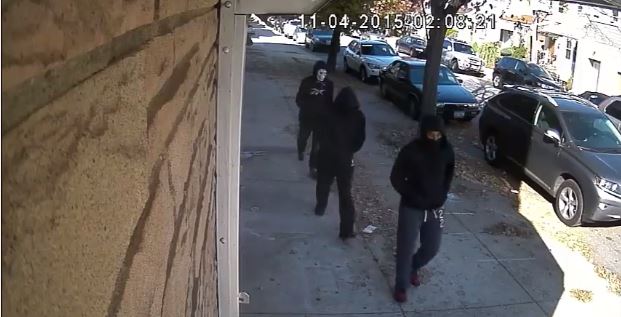 The small Myrtle Avenue apothecary’s security cameras chronicled the daring daylight heist as the trio, donning dark masks and hoods, terrorized the pharmacist and another employee.

“With the gun he was pointing and said sit down here if you don’t want to get hurt,” the still-shaken pharmacist told WABC-TV Eyewitness News.

According to several published reports and footage of the robbery, one of the men displayed a written list of medication and demanded the pharmacist show them where they were kept.

The men made off with 10 different Schedule II substances—defined by the Drug Enforcement Administration as “drugs with a high potential for abuse, with use potentially leading to severe psychological or physical dependence.” Examples include pain-pills such as oxycodone, hydrocodone, and fentanyl. And all of the medications come with lucrative street-value price tags.

The three suspects also robbed the register, zip-tied the two workers and took their wallets before calmly exiting the establishment onto Myrtle Avenue on foot. 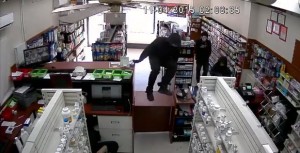 The incident occurred less than a week after city cops and federal investigators raided a mom-and-pop pharmacy on Fresh Pond Road in neighboring Ridgewood. The owners of Chopin Chemists have been indicted for their alleged roles in a multimillion-dollar oxycodone distribution scheme that flooded city streets with more than 500,000 pain pills over a five-year period.