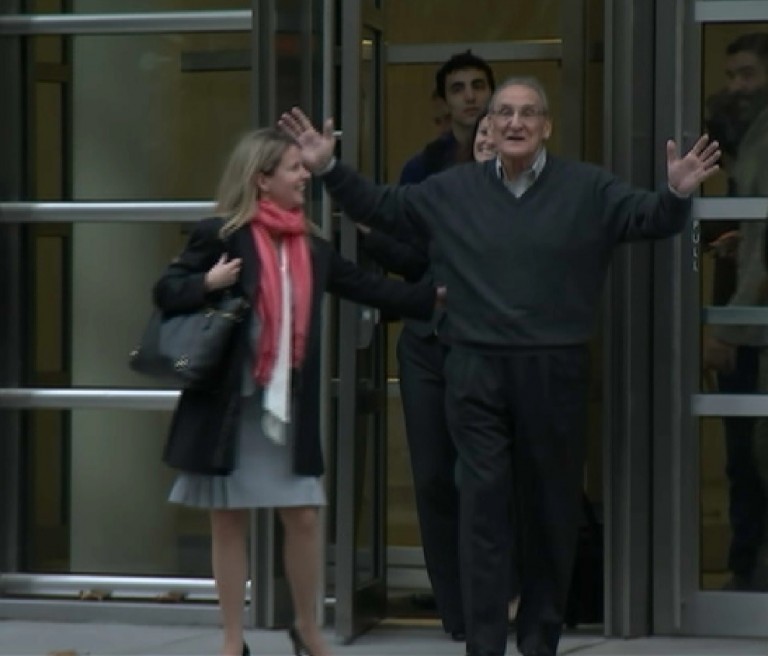 By all accounts, the stupefied visages of the two federal prosecutors who were left numb last Thursday afternoon inside a Brooklyn courtroom after the verdict was entered into the public record told the story.

Vincent Asaro was a free man. Acquitted. All counts.

After a dramatic three-week trial that featured testimony from turncoat mobsters, including two of Asaro’s cousins, and two days of jury deliberations, the 80-year-old reputed captain of the Bonanno crime family was cleared of murder, murder conspiracy, racketeering, extortion, and other crimes.

According to published reports, the heist was masterminded by the ruthless Jimmy Burke (Robert DeNiro’s character, Jimmy Conway, in the film “Goodfellas”) and carried out by a laundry list of made men, La Cosa Nostra associates and degenerate gamblers.

Tipped off by an airport worker who was tens of thousands of dollars in debt to his bookie, Burke and his crew planned to abscond with the take, which for the most part was American currency flown in once a month from monetary exchanges for military servicemen and tourists in the former West Germany, after executing their strategy with seemingly military-like precision.

While not nearly as simple as “Goodfellas” depicted, the robbery took approximately an hour to complete. Burke expected to score no more than $2 million, and was said to be shocked when the count revealed a nearly $6 million pilfered prize.

Asaro was the first reputed member of La Cosa Nostra to be charged with the Lufthansa caper.

The staggering heist, which adjusted for inflation would have set up the thieves with more than $20 million in cash and jewels today, also landed five men under federal indictment.

As alleged in the indictment filed by the government, over the last 45 years Vincent Asaro and various co-conspirators, including his son, Jerome, “engaged in a pattern of violence and threats of violence in order to profit from their illegal activity and evade prosecution.”

Jerome Asaro, 56, pleaded guilty last October to accessory to murder after the fact, and appeared in court in late March to receive his term for digging up the remains of mob associate Paul Katz, which had been interred under an Ozone Park home since 1969.

Vincent Asaro’s indictment included the Katz murder, because federal investigators have long believed that Asaro and Burke whacked him. Some time in the 1980s, Vincent Asaro ordered his son to move Katz’s bones from the home, which was owned by Burke, because investigators were looking into Katz’s mysterious disappearance. According to the New York Post, federal agents acting on a tip descended on the Ozone Park house in 2013 and found Katz’s partial remains.