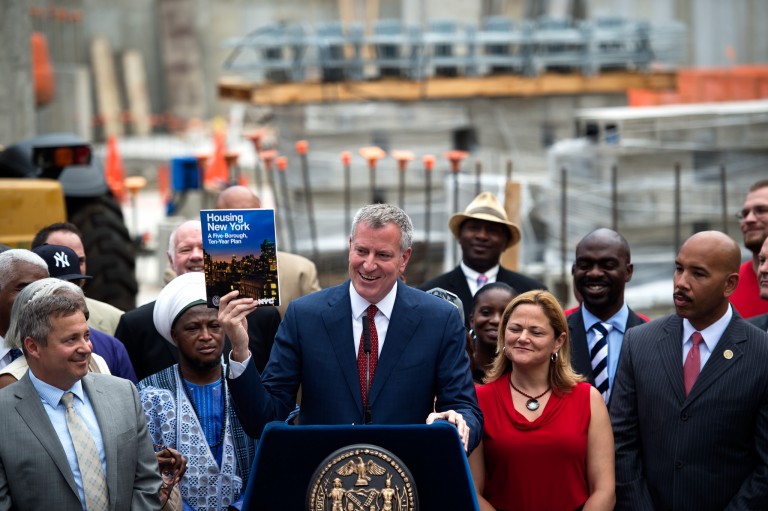 In a 12-2-6 vote tally, the Borough Board on Monday rejected both the proposed Zoning for Quality and Affordability and Mandatory Inclusionary Housing zoning text amendments.

Borough President Melinda Katz has indicated that she will issue a separate opinion and recommendation on the proposals, which were prepared by the Department of City Planning, in the coming days. The 14 Queens City Councilmembers on the Board abstained from Monday night’s vote as they will hold additional Council hearings and vote in the coming months.

The Zoning for Quality and Affordability proposed text amendment, according to DCP, would amend zoning regulations to encourage better buildings and accommodate the needs of mixed-income and affordable housing. The proposal would encourage better architecture and design with targeted changes to rules in medium- and higher-density neighborhoods, and would allow taxpayer dollars and investments that go into affordable housing and senior housing under the de Blasio administration’s 10-year Housing New York plan to go further.

The Board recommended disapproval of ZQA, in part, for the following reasons:

The Mandatory Inclusionary Housing program would require (through zoning) that when City Planning Commission actions create significant new housing capacity in medium and high-density areas, either 25 or 30 percent of new housing would be permanently affordable. MIH is intended to promote economic diversity in neighborhoods where the city plans for growth by ensuring that new housing meets the needs of a wider range of residents, according to DCP.

The Board rejected MIH, in part, because: