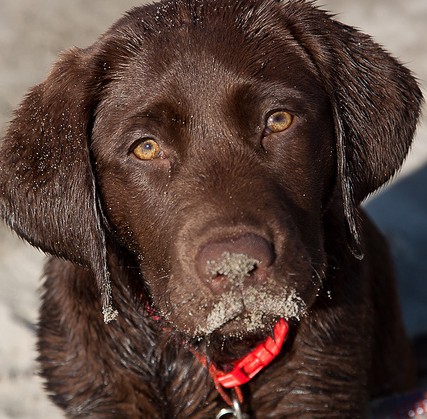 “Sometimes we ate bread for dinner,” said one of the people The Forum interviewed this week for an upcoming story, speaking of her difficult childhood. We didn’t feel comfortable responding that we, too, had grown up in extreme poverty, and that our philosophy of giving and trying our best to care for others in need has been duly influenced. We’d sooner tear that piece of bread in half and give it away than go to bed thinking someone else out there is even hungrier than we are.

With Thanksgiving approaching, we’ve been thinking of the many reasons there are to give back and take care of our friends and our community. Sometimes, though, it’s difficult. People annoy us or they’re mean or rude, and we just want to be rude right on back. And then there’s the matter of convenience. We walk past the Salvation Army bell ringers because it’s drizzling, when it wouldn’t take that much time or make us very wet to drop a few coins in the bucket.

But those excuses don’t fly when it comes to one particular category of needful creatures: animals. Animals are incapable of being humanly rude, and they won’t develop privileged behaviors or take our attention or love for granted, either.

In case you haven’t guessed by our past stories and/or the barking you hear when you call our office, we at The Forum are animal lovers. We live with animals and love them, consider them members of our families. Some of us grew up only with domestic animals, while others also had experience with farm animals and wildlife.

The case for treating animals with kindness is one easily made, as only an evil person would look at the unconditional love they give with a jaundiced eye. In visiting a Queens no-kill animal shelter this week, The Forum was moved to see animals, some very old, some missing limbs or eyes, being cared for by dedicated staff and volunteers who come and spend 50 hours a week or more in service to animals – and these people don’t just do the “glamorous” things like dog walking to care for these animals – even if the work required is cleaning up giant Newfoundland’s excrement. It wasn’t just the Newfoundland that was giant, might we add.

Earlier this month, the ASPCA announced that, through its partnership with the NYPD begun in January 2014, 1000 animals have been treated in all five boroughs. In this partnership, the ASPCA agreed to offer to the NYPD direct care and rehabilitation of animals, training, and other supportive services, while the NYPD has taken a larger role in responding to cruelty complaints. In July of this year, the NYPD’s Crime Stoppers program was expanded to include an additional collaboration with ASPCA, allowing people “to easily and anonymously provide information about animal cruelty in New York City.” Rewards of up to $2500 are given to those providing information leading to an arrest and indictment.

Whenever we report on cases of animal cruelty and neglect, we at this newspaper become both angry and sad, but at the same time we are gratified to know that there are people out there, like us, who will give up half their own dinner bread to feed an animal in need. To read more about our local animal welfare heroes and ways to help out or adopt a pet, stay tuned to the next few issues of The Forum for expansive coverage. To report a case of ongoing animal cruelty, go to nyc.gov to fill out an online form or call 311. For in-progress crimes, call 911.