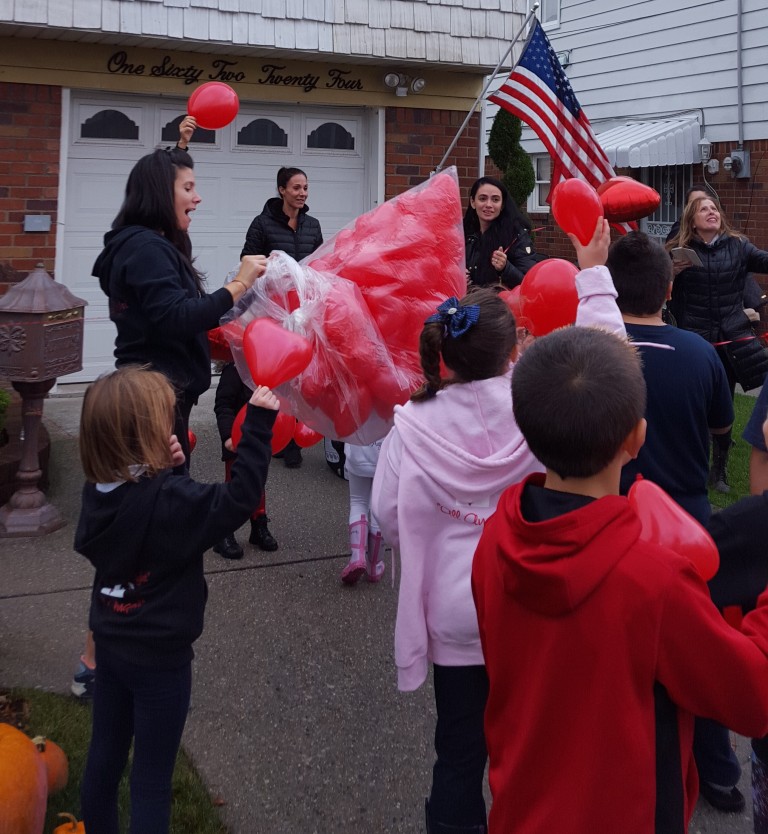 PHOTO:  Valentina’s mom Danielle Allen (l.) last Thursday passed out heart-shaped balloons to friends, family, and members of the community who have been touched by her late daughter. They released the balloons at 3:35 p.m., the moment Valentina Marie Allen passed away on May 12.  ​Photos Courtesy of the Allen Family

Thank Heaven, for this little girl.

Last Thursday, Nov. 12, marked six months to the day that Valentina Marie Allen, the tenacious 2-year-old from Howard Beach, succumbed to the heart disease that had cast a pall over her brief life since she was in the womb.

Valentina suffered from hypoplastic left heart syndrome, a rare and complex congenital defect in which the left side of the heart is critically underdeveloped; since it cannot effectively pump blood to the body, the right side of the heart must pull double duty and pump blood both to the lungs and to the rest of the body, according to the Mayo Clinic.

“It definitely feels like May was yesterday,” said Danielle Ryan, Valentina’s mom. “Her grave is almost all covered by grass, and it’s very, very weird…like it can’t be real.”

Valentina died on Tuesday, May 12, at 3:35 p.m. at Children’s Hospital of Philadelphia. To mark the moment their daughter passed away, Danielle and Valentina’s dad Ryan Allen, and big sister Victoria, invited the community—especially children—to join their family outside their Howard Beach home to release small, red, heart-shaped balloons into the atmosphere. 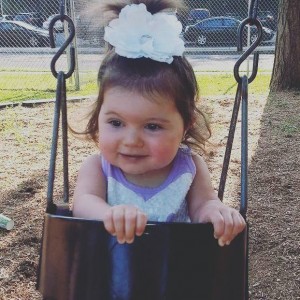 The neighborhood embraced Valentina and her family, soaking up the inspiration the cherubic champ provided almost daily as she fought the debilitating disease; perfect strangers appreciating the dignity and grace with which Danielle and Ryan chronicled their bundle of brave’s battle on social media.

Valentina captivated an entire community. In the six months since she passed away, several organizations and establishments have produced products and events in her name to raise funds for CHOP.

“Words can’t even describe how honored we are that Valentina had such an effect on so many people,” Danielle said. “It’s beautiful to see our community come together again after six months, and to see so many children talk about her and say they’re sending balloons up to her is heartwarming.”

Danielle has acknowledged that even 24 weeks later, some days can be difficult to navigate.

“It’s still very hard, especially as the holidays come around,” she related to The Forum. “I feel like she was robbed of her childhood, basically. She should’ve dressed up for Halloween and she should be waiting for Santa.

“I miss the way she looked for her sister,” Danielle added, “the excitement she had when she watched her run. Her smile when she saw her favorite show…her jumping in her crib waiting for me to come in and get her.”

And while they “miss her like crazy,” Danielle said that the family loves to talk about Valentina, and “celebrate her beautiful life.”

Thank Heaven for that little girl.