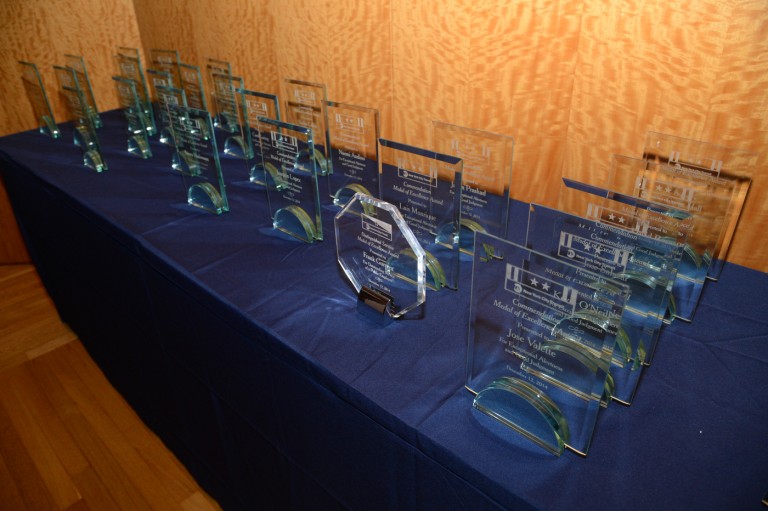 The Metropolitan Transportation Authority last Friday honored its best and brightest, presenting 57 New York City Transit workers with commendations for going above the call of duty to aid customers and law enforcement officials, stop criminal activity, contribute to more efficient and safe operation, and even save lives.

Medals and commendations are awarded annually to Transit employees for specific acts of bravery, quick thinking in potentially dangerous or fatal situations, and for excellent service in day-to-day operations, according to the MTA.

Many of the 57 honorees reside in Queens, and at least 10 of the 31 events in which employees acted quickly or heroically to earn 2015 Medals of Excellence took place in The World’s Borough, an agency spokeswoman told The Forum.

The awards were presented in three areas: Heroism: for employees who perform specific acts of bravery, on or off duty, in the face of extremely dangerous circumstances that could have resulted in personal injury or death; Commendations: for job-related acts involving personal risk or requiring exceptional judgment. The employee’s decisions and actions indicate that, without quick thinking and corrective measures, highly undesirable and dire consequences could have resulted; and Distinguished Service: for employees who have demonstrated outstanding efficiency that reflects the highest standards and ideals of a dedicated public employee.

Five employees were given medals for their heroism in the face of danger and acts that prevented customers or others from being injured. These acts included those by bus operators who protected customers from danger such as gang disputes and shootings; bus operators who effectively evacuated customers during bus fires; revenue collection agents that put themselves in harm’s way by preventing attacks involving other employees or between customers; and subway workers that rescued customers on tracks.

The MTA noted that this year’s class of honorees included 13 bus operators, five subway station agents, three subway cleaners and two conductors, among others that work at various levels of responsibility within the departments of Subways, Buses and Staten Island Railway.