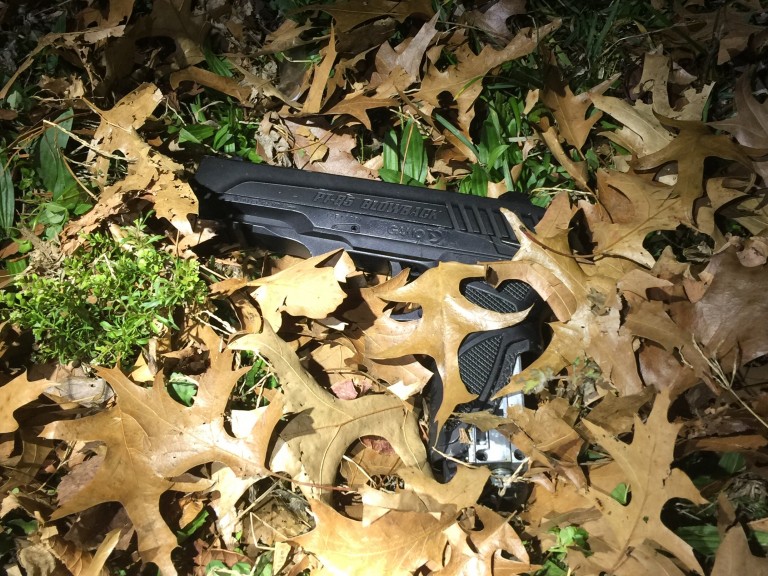 PHOTO:  This black air pistol was recovered at the scene of a fatal officer-involved shooting in Springfield Gardens on Monday. Photo Courtesy of NYPD

An off-duty city police officer shot and killed an alleged armed robber on Monday night in Springfield Gardens, according to the NYPD.

Cops responded to a 911 call around 10:35 p.m. for an officer in need of assistance on 145th Avenue near 177th Place. When they arrived on the scene, the off-duty cop indicated that he was robbed at gunpoint by two men who took his wallet. The officer said he drew his weapon and fired several rounds at the suspect with the gun, hitting him in the torso and left leg. His accomplice fled the scene in a white BMW.

EMS responded to the incident and rushed the injured man to Jamaica Hospital Medical Center, where he was later pronounced dead.

A black air pistol was recovered at the scene, according to police.

The off-duty officer was taken to North Shore University Hospital in Manhasset for treatment and observation. One suspect remains outstanding and the investigation is ongoing, cops said this week.