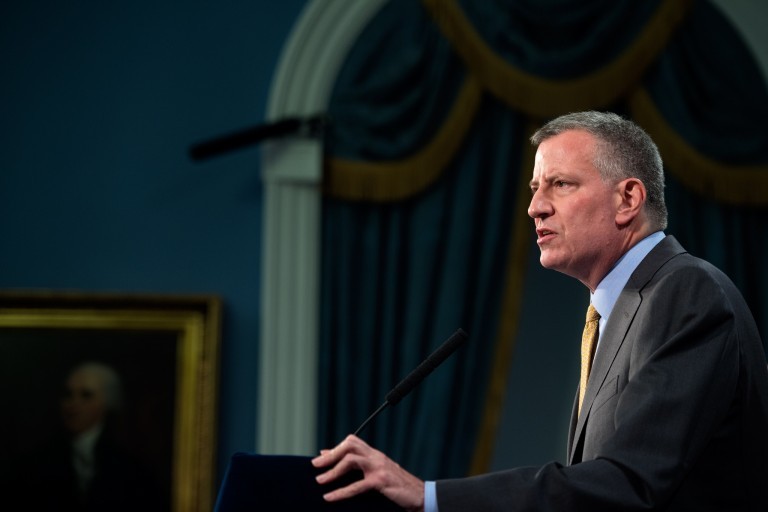 PHOTO: The lines of communication between the Office of Mayor Bill De Blasio and community organizations are frayed, according to some borough groups. File Photo

As we approach year’s end and the de Blasio administration prepares to close out its second year in City Hall, The Forum reached out to borough community organizations to get a sense of the working relationship between the mayor and his agencies, and the Queens neighborhoods under their purview.

“The city agencies get low grades for communication and follow-up. They could still improve, and I hope that’s what they do, but I’m not optimistic,” said Martin Colberg, president of the Woodhaven Residents’ Block Association.

Colberg added that the WRBA needs to constantly “follow up” with agencies, and that tends to create a false impression that they’re interested in community input.

“These departments,” said Colberg, “are dealing with issues that they should know are problems, but there’s little proactive effort on their part to solve them. They seem to have their own agenda, and that’s all they focus on.”

In the past year, the WRBA said it has had several interactions with city agencies that were challenging. For example, in October 2014, the civic asked the Sanitation Department to end what the WRBA characterized as its unfair practice of issuing tickets to property owners in the middle of the night for garbage dumped on their properties.

In a release, the organization said it had become a common nighttime occurrence for people to leave trash outside Jamaica Avenue storefronts, and for Sanitation enforcement agents to write Notices of Violation in the middle of the night, fining property owners for failing to dispose of trash they didn’t know was there.

The WRBA said this was costing struggling business owners hundreds of dollars.

And although Bill de Blasio wrote DSNY when he was Public Advocate, asking the agency to end the practice, nothing has been done on the issue since he became mayor, the Woodhaven civic noted.

In another report earlier this year, the WRBA called out the Department of Transportation for failure to correct inadequate and “dangerous” lighting in Forest Park, to “years’ long” delays in installing needed speed bumps in Woodhaven.

Asked about the mayor’s interaction with civic groups, some leaders said he needs to engage more with the borough organizations that are the voice of residents.

“Mayor de Blasio is not as active with community groups as previous mayors,” said Joann Ariola, president of the Howard Beach-Lindenwood Civic.

Bob Holden, president of the Juniper Park Civic Association, was blunt when asked about accessibility.

“We write letters and fill out online forms and we NEVER get a response,” Holden said, adding that when de Blasio was Public Advocate, his office reached out to the JPCA often.

“Since he’s been mayor, nothing,” Holden said, noting that while some city agencies are better than others when it comes to responsiveness, he noted that the Mayor’s Office is “totally unresponsive.”

Dan Mundy, Jr., president of the Broad Channel Civic Association, said that his organization’s access to City Hall has been helped due to a close relationship with elected officials, including Assemblyman Phil Goldfeder (D-Howard Beach).

Mundy added that agencies such as the Department of Environmental Protection, the NYPD and the Build it Back program have been helpful in the past couple of years.