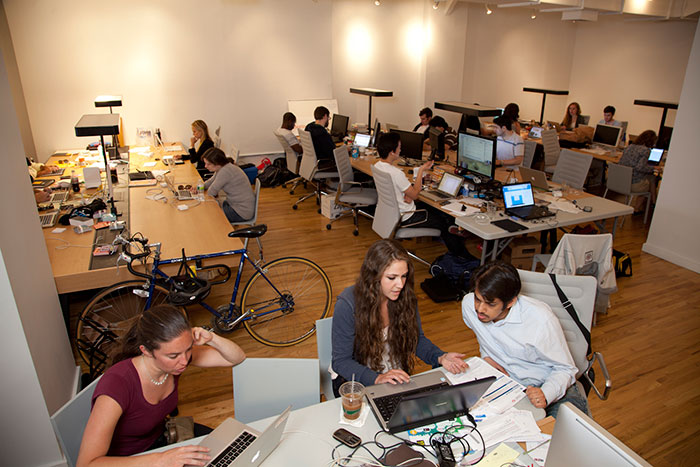 PHOTO: The total number of jobs in the five boroughs is now 4.24 million, the highest number in city history, according to the Economic Development Corporation. Photo Courtesy of NYCEDC

The City added 12,600 private sector jobs between October and November, bringing the total number of jobs in the five boroughs up to 4.24 million, the highest number in Big Apple history, according to a recently released analysis of seasonally adjusted job numbers for November 2015 by the city Economic Development Corporation and the Mayor’s Office of Management and Budget.

The study, which was based on data provided by the state Department of Labor, also indicated that the city’s unemployment rate remains at 4.8 percent, its lowest level since February 2007. This represents a 3.3 percentage point decrease in unemployment since Mayor Bill de Blasio took office, according to the EDC.

“This administration’s goal has been to provide greater opportunity for people in every neighborhood, and that’s what these numbers show,” said Deputy Mayor for Housing and Economic Development Alicia Glen. “Our city is continuing to grow quality jobs for even more New Yorkers, and we will continue finding creative ways to expand and strengthen our economy.”

During the 12 months ending in November 2015, the city gained 103,100 private sector jobs, an increase of 2.8 percent – higher than the national growth rate during the same period, which was 2.2 percent. The Health Care and Social Assistance sector accounted for 27.4 percent of the city’s private job growth over the last year, according to the report, while Accommodation and Food Services accounted for 11.4 percent and Finance and Insurance accounted for 11.2 percent.

“New York City’s economy continues to set records, with the highest total job count in the history of the five boroughs,” said NYCEDC President Maria Torres-Springer. “And unemployment remains at its lowest point since 2007 – down 3.3 percentage points since Mayor de Blasio took office. We’ll keep working to bring even more good jobs to New Yorkers in every neighborhood.”

In other EDC employment news, de Blasio held a public hearing last week on Int. 128, which requires EDC to share annual job-creation reports, which include information on projected and actual jobs created by EDC’s projects and initiatives, with all of the city’s community boards.

“Currently, these reports are distributed to the Mayor’s Office, the Council, the comptroller, the public advocate, and the borough presidents, and made available online. We’ll be glad to add community boards, which are such an important source of information to the neighborhoods they represent, to that list,” de Blasio said.