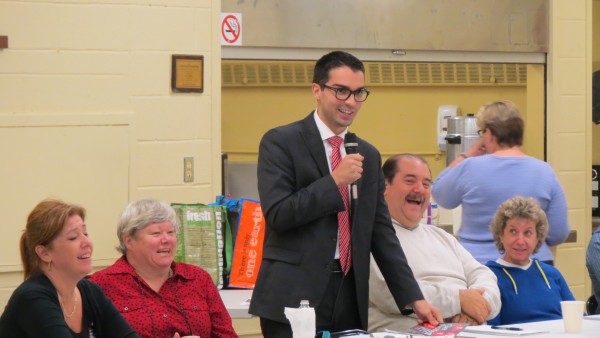 PHOTO: City Councilman Eric Ulrich “is not a declared candidate for Mayor at this time,” his spokesman said in a statement on Tuesday. File Photo

The moniker is music to the ears of at least three New York Republican party leaders who have quietly been encouraging the Ozone Park councilman to challenge Mayor Bill de Blasio next year, according to an exclusive New York Post report published on Tuesday.

And Cox, Turner, and Lhota said that Ulrich has indicated to them that he’s “interested.”

GOP Queens District Leader Joann Ariola told The Forum that residents on both sides of the aisle share the suspicion that, under the current regime, New York City is gradually sliding downhill.

“I believe that Queens Chairman Bob Turner shares the belief of many New Yorkers in that our city has declined since the election of the current mayor,” she said. “Republicans and Democrats alike are searching for a candidate that will bring this city back to the glory days of the Giuliani and Bloomberg administrations. Eric Ulrich has earned being given the right of first refusal by our party. He has been a loyal public servant who has and always will put his constituents first. I would support any decision he makes regarding a run.”

Asked for reaction to the Post piece, an Ulrich spokesperson told The Forum, “Like so many New Yorkers, Councilman Ulrich is concerned about the future of our city. While he appreciates the encouragement of friends and supporters alike, he is not a declared candidate for Mayor at this time. His primary focus remains serving the needs of his constituents and fighting for New York City’s large and diverse Veterans community.”