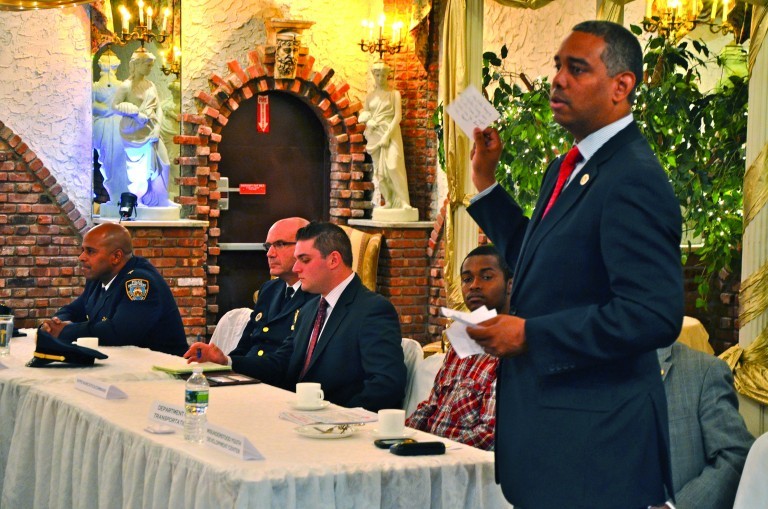 Responding to several reports that noted that he has not been to City Hall since December, City Councilman Ruben Wills (D-Jamaica) last week issued a formal statement.

“My commitment to my district and the office of the City Council is unwavering no matter the circumstance. I love my job, and feel blessed to be able to serve the residents of my community,” Wills wrote. “Some believe that elected officials are superhuman, and not allowed to experience loss like anyone else. Last year, two very close relatives of mine passed away after being diagnosed as terminally-ill. Since they both lived out-of-state, I had to travel far in order to care for them, and carry out their final wishes. The Council doesn’t have a family leave or bereavement policy that can properly account for a prolonged family illness. So, I made a conscious decision to spend time with them during their last days, which I do not regret, and the choice I made then did not negate my responsibility to my district. Since that time, I have been forced to address outstanding medical issues of my own, and will continue to deal with them for the foreseeable future. I am still able to attend to the needs of my constituents, and monitor the latest happenings at City Hall. My staff has been doing a tremendous job in my absence, as they have done in the past, and will continue to do so well after I return.”

Wills’ 215-word explanation specifically addressed his prolonged absenteeism at 250 Broadway, but made no mention of the court dates he has also missed over the past several months. Wills is fighting two separate corruption cases in Manhattan and Queens. In May 2014, he was indicted for allegedly pocketing thousands of dollars in public campaign funds and charitable grant money for personal benefit. A year ago, Wills was hauled into court for allegedly filing false documents with the City Conflicts of Interest Board, according to State Attorney General Eric Schneiderman and State Comptroller Tom DiNapoli.

Wills has publicly proclaimed his innocence in both cases.