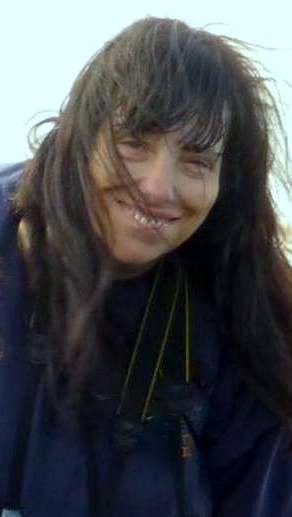 Two longtime Rockaway Park residents have organized an online petition to have the Citywide Ferry Service’s Rockaway dock named after their friend and fellow community advocate.

The civic-minded Danny and Linda Ruscillo last Sunday set up the “Name Our Rockaway Ferry Dock ‘Deckelman’s Landing,’” petition page on ipetitions.com in honor of Laura Deckelman, a Rockaway native, Bayswater denizen, and professional photographer who the Ruscillos said “has done so much for our community when it comes to the Rockaway Ferry that the dock (landing) should be named after her. It’s fair and very appropriate at the same time. Whoever agrees with me please forward out to your friends, neighbors and Ferry riders.”

And judging from the overwhelmingly supportive comments posted to the page, many agree with the couple.

“She is Rockaway! And yes, let’s name it after her. Well deserved!” wrote William Ruiz.

“She deserves our sincerest gratitude for promoting the Ferry and Rockaway,” he added.

Deckelman told The Forum that she’s “surprised, flattered, and awed that Danny and Linda are nominating” her. She said she has “worked diligently for the Ferry cause since summer 2013, and have not given up…”

On the front burner now for Deckelman is a push to bring back the Rockaway Ferry in time for summer, just until the citywide system is ready to set sail in 2017.

“While we are celebrating the fact that the Rockaway Ferry is returning in 2017 as part of the Citywide Ferry Service, we feel that our ferry service should be reactivated sooner than the 2017 launching date (sometime between spring and summer 2017),” she noted. “We would still like to see the Rockaway Ferry here by summer 2016, to help promote tourism in the Rockaways during the summer, but the chances of that happening are slim, if at all.”

De Blasio unveiled his vision of a new five-borough ferry system that would “knit together existing East River routes with new landings and services to Astoria, the Rockaways, South Brooklyn, Soundview and the Lower East Side” for $2.75 during his State of the City Address last February. Backed by city operating support and a $55 million capital commitment, the project is considered on schedule, with the first three routes set to open next year.

For more info on the petition, visit ipetitions.com/petition/name-our-rockaway-ferry-dock-deckelmans-landing.