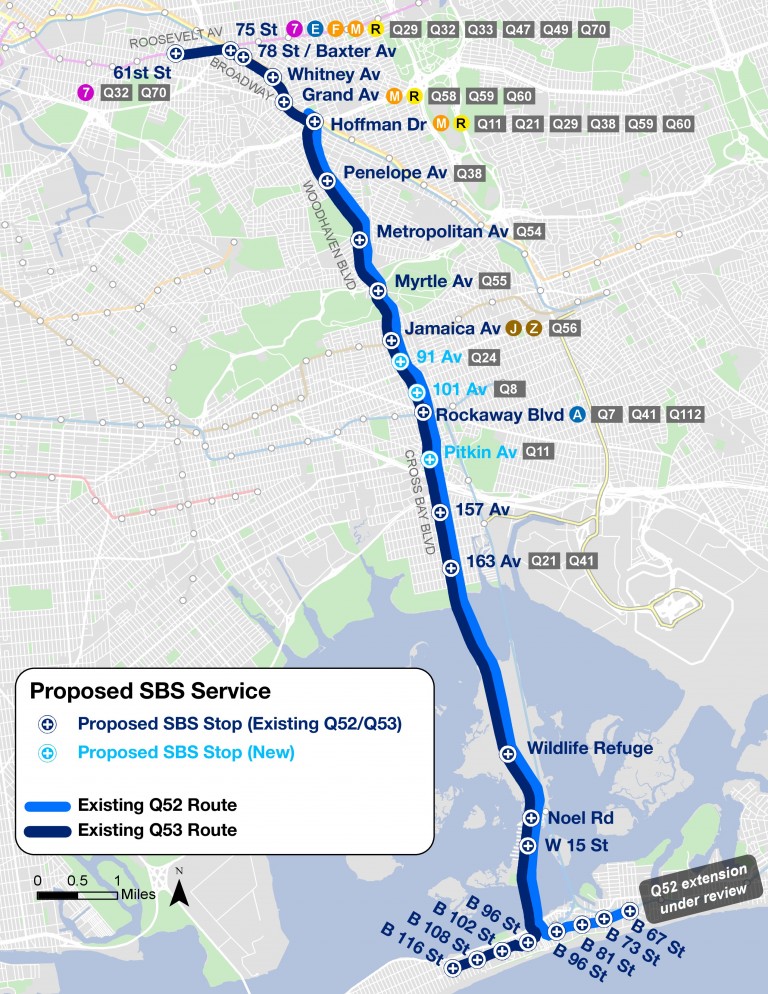 PHOTO: The City Department of Transportation this week clarified comments made recently by the agency’s commissioner regarding the estimated cost of the Woodhaven-Cross Bay Corridor Select Bus Service Project. Photo Courtesy of DOT

The City Department of Transportation found itself on the defensive this week, painted into the proverbial corner by comments made by the commissioner regarding estimates and cost of the polarizing Woodhaven-Cross Bay Corridor Select Bus Service Project.

“With Commissioner Trottenberg’s admission that the cost of the SBS proposal for Woodhaven-Cross Bay Boulevard has risen to $400 million – double the original estimate – it is now more clear than ever that we must examine if the cost outweighs the benefit of the SBS proposal,” Addabbo said. “My constituents deserve better transportation, but is lengthy construction and an absurdly high price tag, paid for with money collected from taxpayers who remain divided with their stance on SBS, worth it? In my opinion, DOT’s plan for Woodhaven-Cross Bay Boulevard could wind up being nothing more than a careless and irresponsible use of city dollars and that should not be tolerated by residents who live and travel along this corridor every day. For $400 million, I believe the city can do better.”

Asked to clarify and if, indeed, a distended estimate is the new reality of the SBS plan, a DOT spokesperson answered, “Commissioner Trottenberg said at last week’s budget hearing that the potential price tag of the Woodhaven SBS project had grown, but that DOT’s adjustments had made the higher estimate no longer applicable. She also noted that DOT would work hard to keep the project on-budget, while at the same time bringing significant transit and safety benefits to Woodhaven/Cross Bay in the next year.  That short-term work, well within the original budget, will allow the project to work as planned – while we manage the long-term project’s cost and schedule. We are also confident that the Woodhaven capital project will be eligible for Federal transportation funds.”

Additionally, the agency noted, this particular SBS plan was split into a short-term and long-term project to bring short-term benefits, reduce overall project costs, and allow time to evaluate the effects of the short-term project.

According to the DOT:

The short-term operational project slated to be completed in 2017 is expected to cost in the neighborhood of $10-20 million.

The full capital project, while still in design, will be significantly less than the $400 million estimate.

And several factors drove higher potential costs, including infrastructure, final scope of capital project, availability of funding, and inflation projections. DOT has indicated that its focus is to reduce costs as the capital project moves forward.