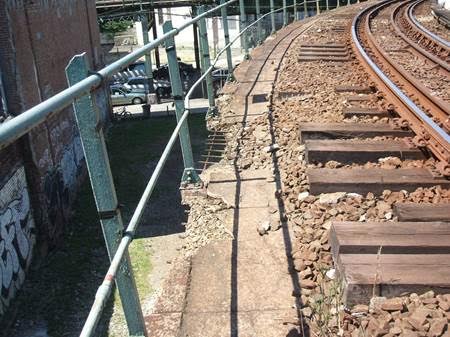 Two vital sections of the M Line will soon be getting long-overdue makeovers, according to Metropolitan Transportation Authority New York City Transit.

The agency is set to rebuild two decades-old deteriorating overpasses in Queens and Brooklyn: a metal bridge between the Fresh Pond Road and Middle Village-Metropolitan Avenue stations will require a two-month shutdown. The work will begin in summer 2017 in order to cause the least possible disruption for students at nearby Christ the King Regional High School, according to the MTA.

The second section of construction will occur at the century-old concrete viaduct that carries the M Line between the Myrtle Avenue and Central Avenue stations. That section will be shut down for 10 months beginning in summer 2017.

The MTA indicated that it will offer a shuttle bus and subway service changes to customers affected by the closures.

In the first phase of work during summer 2017, there will be no M service between Myrtle Avenue and Middle Village-Metropolitan Avenue for two months.

Two new shuttle bus routes will serve closed stations along the line, while a third shuttle bus route will operate between the Flushing Avenue JM station and the Middle Village-Metropolitan Avenue M station with an intermediate stop at the Jefferson Street L station.

When the metal bridge has been replaced, the second phase of work will start for eight more months until spring 2018. During this phase, an M shuttle will run between Middle Village-Metropolitan Avenue and Myrtle-Wyckoff avenues, where customers can transfer to the L train. The Knickerbocker Avenue and Central Avenue stations on the M Line will remain closed during this period, and will be served by a shuttle bus between Myrtle Avenue and Myrtle-Wyckoff avenues. Those stations are also within a 10-minute walk of alternate subway stations on the L and JZ lines, the agency pointed out.

During the shutdown, M trains to and from Manhattan will be rerouted along the J and Z tracks from Marcy Avenue to Broadway Junction, though peak hour frequency will be reduced by 25 percent. To accommodate displaced M customers, J and Z trains will make all stops between Marcy Avenue and Broadway Junction, while L trains will operate at peak frequency for extended durations each day.

“Both of these structures have deteriorated to the point that there is simply no other option than complete replacement, and undergoing this step will ensure a safe, more reliable experience for customers for decades to come. We will work closely with the affected communities, their elected officials and other representatives to minimize the disruption and address their concerns, and we will do our utmost to complete this work as quickly as possible,” said NYC Transit President Veronique ‘Ronnie’ Hakim.