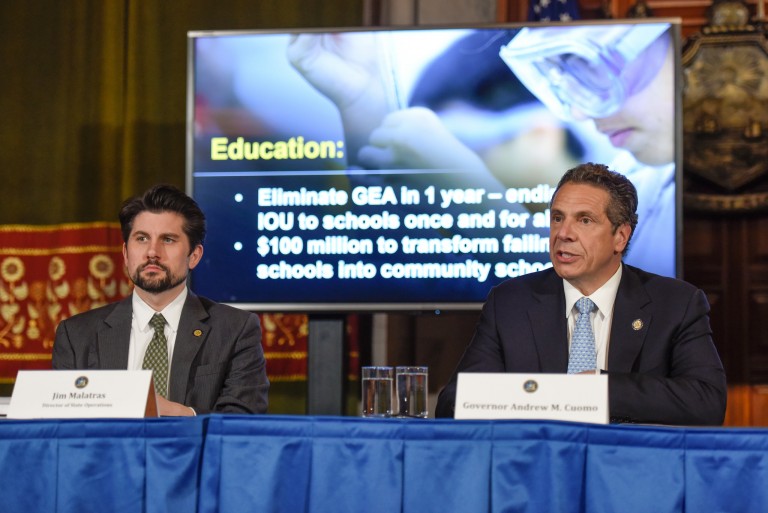 With Albany still smarting from a brutal winter that saw two of its longtime Legislative Branch leaders lassoed by the Justice Department and ultimately convicted of federal corruption charges, Gov. Andrew Cuomo this week lauded the passage of a $147.2 billion State Budget that he characterized as restoring basic faith in the people’s government to rise to the challenge, perhaps signaling the dawn of new era in Albany – one in which vitriol is left at the door and compromise carries the day.

“New York State has once again come together to get things done. Many have proposed the big changes we sought – minimum wage, meaningful paid family leave, a balanced budget that caps spending and cuts taxes – but almost all have failed,” Cuomo said on Monday. “Today, I am proud to announce that with this agreement, we have succeeded.”

Success is wrapped neatly in the details of “this groundbreaking” budget that is proof “of government’s ability to improve the lives of millions of people by being both socially and economically progressive and fiscally responsible.”

The statewide $15 minimum wage plan and 12-week paid family leave policy have garnered the most attention (see story on p. 15), but other significant aspects of the fiscal plan include:

The new lower tax rates will save middle class New Yorkers nearly $6.6 billion in the first four years, according to the plan, with annual savings reaching $4.2 billion by 2025. As the new rates phase in, they will be the state’s lowest middle class tax rates in more than 70 years.

The new State Budget provides $24.8 billion in school aid, the highest amount ever, according to Cuomo’s office. Additionally, the plan maintains $340 million in annual funding for the Statewide Universal Full-Day Pre-kindergarten program; includes $175 million in funding to transform failing schools and other high needs schools into community schools; and increases support for charter schools statewide by an estimated $430 per pupil.

This budget contains the largest state transportation plan ever approved, with over $55 billion of transportation investments statewide, including $27.98 billion for the Metropolitan Transportation Authority programs: $26.6 billion for improvement of capital facilities operated by the New York City Transit Authority, Long Island Rail Road, Metro-North Railroad and MTA Bus and major initiatives including $1.5 billion for Phase II of the Second Avenue Subway.

“This budget, while not perfect, makes some important progress in helping our lowest-paid workers attain a living wage, allowing families to bond with new babies and care for seriously ill loved ones without losing their jobs or bankrupting themselves, and putting a little more cash back in the pockets of low and moderate-income taxpayers,” said Addabbo. “As a long-time sponsor of comprehensive paid family leave legislation, I wish the program would begin immediately, but it is still an incredible victory for families trying to balance their responsibilities on the work front with equally pressing needs on the home front.”