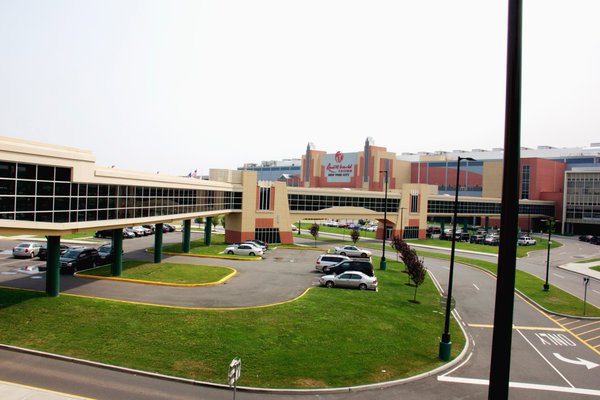 Thanks to a deal brokered last week by the state Legislature, there soon will be a lot more ways to press your luck at Resorts World Casino New York City.

As part of the 2016 State Budget, following an agreement between Genting Group, the parent company of the South Ozone Park gambling establishment, and Nassau County Off-Track Betting, the casino is set to get 1,000 new video lottery terminals, bringing the facility’s gaming capacity to approximately 6,000 VLTs.

“For years, Resorts World has been an amazing community partner and a source of employment for our families,” said Assemblyman Phil Goldfeder (D-Howard Beach), a member of the Assembly Racing and Wagering Committee. “The revenues generated at Aqueduct provide hundreds of millions in funding for our local schools, and drive economic development throughout Queens. The addition of 1,000 new gaming slots is a major victory for our families that will ensure the casino and the racetrack’s success for years to come.”

While no deadline has been given for the installation of the VLTs, the new law provides Resorts World with various incentives to put the new slots in place as soon as possible. Under the legislation, Resorts World would be eligible for 1 percent of total revenues after payouts go towards capital improvements at the facility either once 400 machines have been installed, or after April 1, 2019. This figure would increase to 4 percent, Goldfeder said, after the full 1,000 VLTs have been installed at the Aqueduct Racetrack casino.

“Resorts World Casino New York City has created more than 1,000, good-paying jobs with over 80 percent of our employees coming from our local Queens community. These are jobs we work hard to protect. Key provisions in this year’s State Budget will give our employees job security and place our business on a more competitive footing. We thank Assemblyman Goldfeder, [State] Senator [Joe] Addabbo and the entire Queens delegation for their continued support,” said a spokesperson for Resorts World.

Goldfeder also noted that the casino contributes a portion of its net win, or revenues after prize payouts, towards track maintenance and horse care, including 1 percent to the Gaming Commission to promote and ensure horse health and safety, and 4 percent for track upgrades. During Fiscal Year 2015-2016, Resorts World NYC reported $766 million in net wins and contributed $337 million to the State Education Fund.

The accord effectively ends Nassau Regional OTB Corporation’s plans for an electronic gambling parlor at nearby Belmont Park.