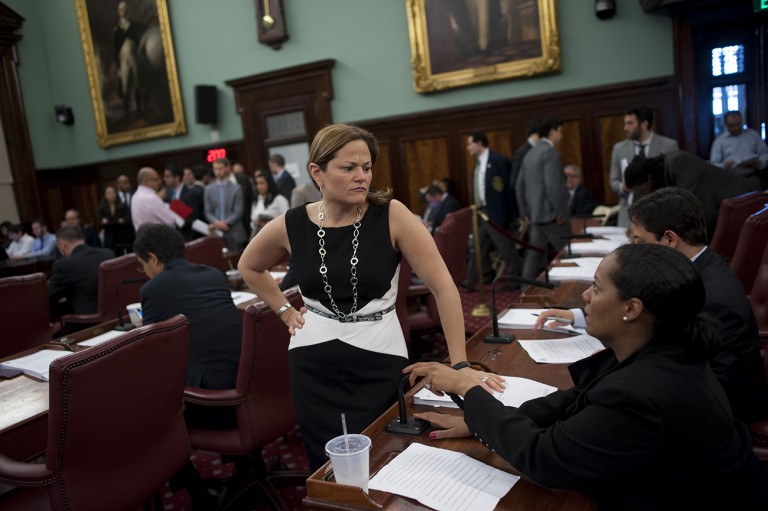 The City Council this week released its official Response to the Mayor’s Fiscal Year 2017 Preliminary Budget, replete with “smart, fair and fiscally responsible” recommendations that aim to expand services to all New Yorkers, address income inequality, and build reserves.

“These preliminary budget recommendations reflect a central challenge in government: making our city more equitable while also planning prudently for the future,” said Councilwoman Julissa Ferreras-Copeland (D-East Elmhurst), chairwoman of the Finance Committee. “The proposals included address inequality in New York City while remaining fiscally responsible, and I believe they represent the diversity of needs across our city. As the budget process advances, I will continue to ensure that the Council is an equal partner and that the administration’s investments are transparent. I thank the Speaker for her vision and leadership, and my Council colleagues for their ongoing input. I look forward to delivering a budget that strengthens New York City.”

Throughout March, the Council heard testimony from over 50 agencies and the public about potential changes to Mayor Bill de Blasio’s $82.1 billion Preliminary Budget that should be incorporated into the FY2017 Executive Budget. Council Members also voiced concerns about the need for additional services and programs, the lack of adequate funding for existing services, the lack of opportunities for the city’s youth, the need for long-term budget stability, and inefficiency and the lack of transparency in agency operations.

To address those concerns, the Council has indicated that its Budget Response sets forth proposals to address inequality through responsible budgeting by focusing on: ensuring opportunities for the youth population; supporting immigrants; budgeting for a more equitable city; safeguarding the city’s programs and services through budget stability; building for the city’s future; baselining City priorities; expanding and enhancing city services; and tracking progress.

De Blasio’s preliminary plan and the Council’s response touch on many similar topics.

“This budget builds on the strong economic foundation we’ve created, reaffirming our commitment to responsible government that meets challenges head on,” de Blasio said in January. “We’re addressing the needs of New Yorkers through targeted investments in public safety, quality of life, vital social services, education, and more, while protecting the city against the many risks ahead.”

To this end, the Council has called for funding several initiatives that would ensure that the City’s current infrastructure needs are met and that the future expansion and evolution of the City’s operations will not be limited or compromised because of inadequate infrastructure. These initiatives include:

– Additional Capital Funding for necessary improvements and repairs to New York City Housing Authority’s 2,551 buildings.
– Funding for the School Construction Authority to complete wiring upgrades to support air conditioning in aging school buildings.
– Funding to the FDNY for the construction of three additional Emergency Medical Service stations to accommodate the increased headcount of EMS personnel.
– Increasing the Department of Correction’s Capital Budget by $50 million to build a new training facility. According to the Council, DOC’s current training center is located in Queens and is in need of serious renovations.

To ensure that services and programs are adequately funded, the administration must utilize budget stabilizing measures while ensuring budget accuracy and transparency, the Council noted.

The Budget Response recommends several proposals, such as the creation of a Rainy Day Fund, which would allow the City to save during good times and use those savings to cushion bad times; and increasing appropriations to existing budgetary reserves.

Last month, for the first time in the city’s history, the Council held a public hearing on immigration services. “In furtherance of our goal to support immigrant New Yorkers, this Budget Response calls for an investment in programs that would offer valuable services to meet the needs of immigrants with limited English proficiency, complex legal cases, inadequate access to health services, and those requiring workforce development,” the Council wrote.

The Council has also recommended expanding and enhancing several services and programs, including creating an Office for Crime Victim Services, and additional funding to the Department of Parks and Recreation for increased headcount of seasonal staff for adequate staffing levels during the warmer months when park use is at its highest.