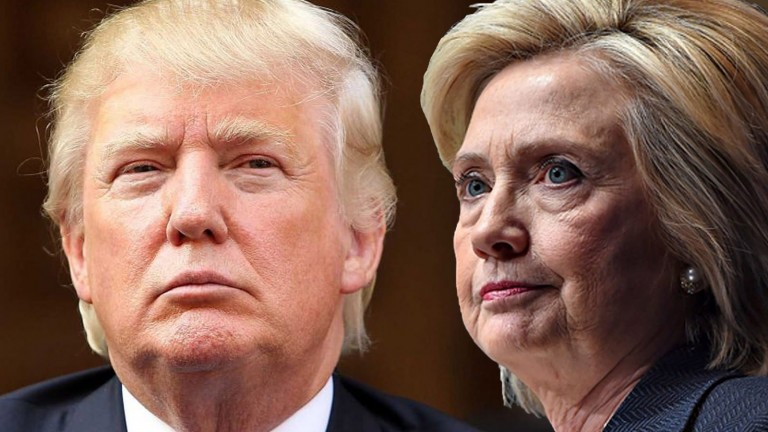 The Democratic and Republican New York primaries are this Tuesday, April 19.

If you’ve been paying even marginal attention to both races, that sentence probably sounds more like a threat than a simple statement of fact.

Indeed, the circus is in town. Welcome to New York.

Howard Beach got a taste of the sound-bite circuit two weeks ago, when Ohio Governor and long-shot GOP presidential candidate John Kasich stopped by St. Helen Catholic Academy for a televised Town Hall. An hour later, Kasich got a taste of Howard Beach and true Queens cuisine at a Cross Bay Boulevard pizzeria.

But now it’s different. The whole brood is bringing its berserk to the Empire State. The travelling salesmen and woman are making their cases, courting voters across the five boroughs and beyond.

New York already has made its mark on the race to the conventions. Vermont Sen. Bernie Sanders was born and raised in Brooklyn; Hillary Clinton calls Chappaqua home; and the Orange Engine that Could, Donald Trump, hails from Jamaica Estates.

And what about those pesky “New York values,” Ted Cruz?

“What I’m talking about are the liberal Democrats,” the Republican Texas senator offered Wednesday night at a CNN NYC Town Hall, according to the Los Angeles Times.

On Tuesday, in the Bronx, the bastion of the fair and the balanced, Cruz delivered a mea culpa. Sort of.

“I apologize to all the pro-life and pro-marriage and pro-Second Amendment New Yorkers who were told by Gov. Cuomo that they have no place in New York because that’s not who New Yorkers are,” he said in a Voice of America report.

That answer arrived moments after an elderly Russian woman from Brooklyn offered her two cents.

“Cruz has to go back home. Look at his face.”