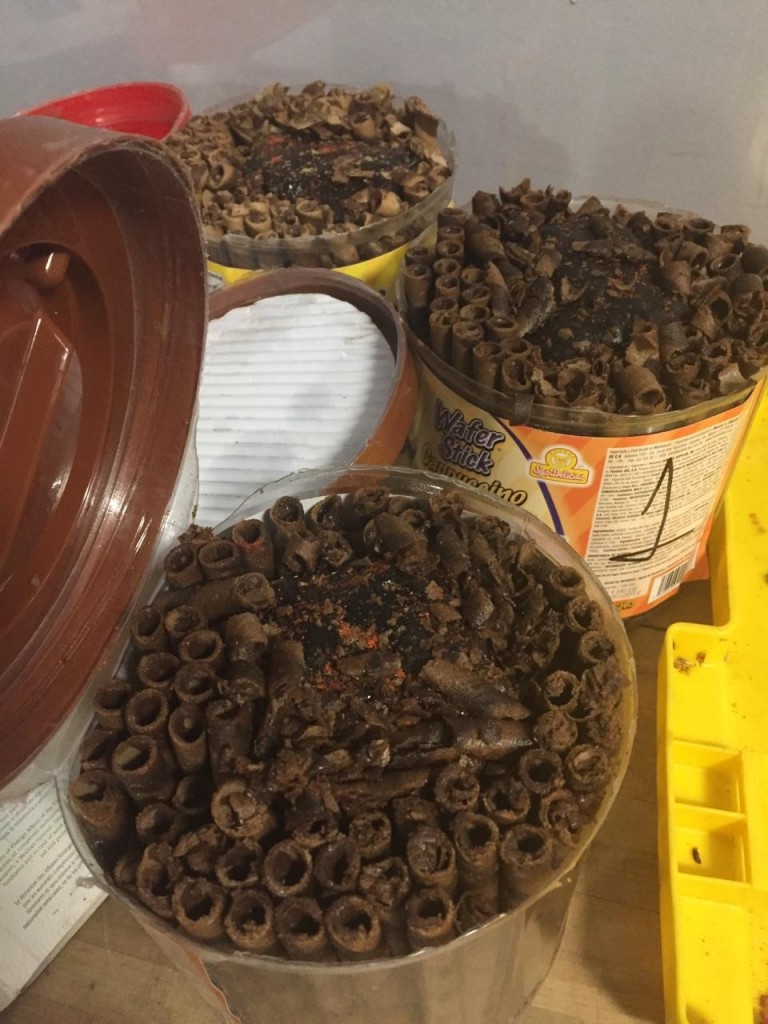 PHOTO: The passenger attempted to smuggle 10 pounds of cocaine with an estimated street value of $175,000 into the country from Mexico. Courtesy of U.S. Customs and Border Protection

It’s been a busy spring for would-be smugglers—and the federal agents stationed at John F. Kennedy International Airport who swore a solemn oath to stop them.

A recent incident featured candy, cocaine, and a guest from Mexico. U. S. Customs and Border Protection agriculture specialists and officers last Monday discovered approximately 10 pounds of the white stuff concealed inside containers of candy that had been packed in a suitcase belonging to a passenger who had just arrived on a flight from Mexico City.

While performing an X-ray examination of Medarda’s luggage, CBP agriculture investigators “noticed an anomaly…of rectangular shaped objects,” and requested Customs officers to escort her to a private search room where they analyzed the package that eventually tested positive for cocaine.

In total, CBP said it seized eight bricks of blow with an estimated street value of $175,000.