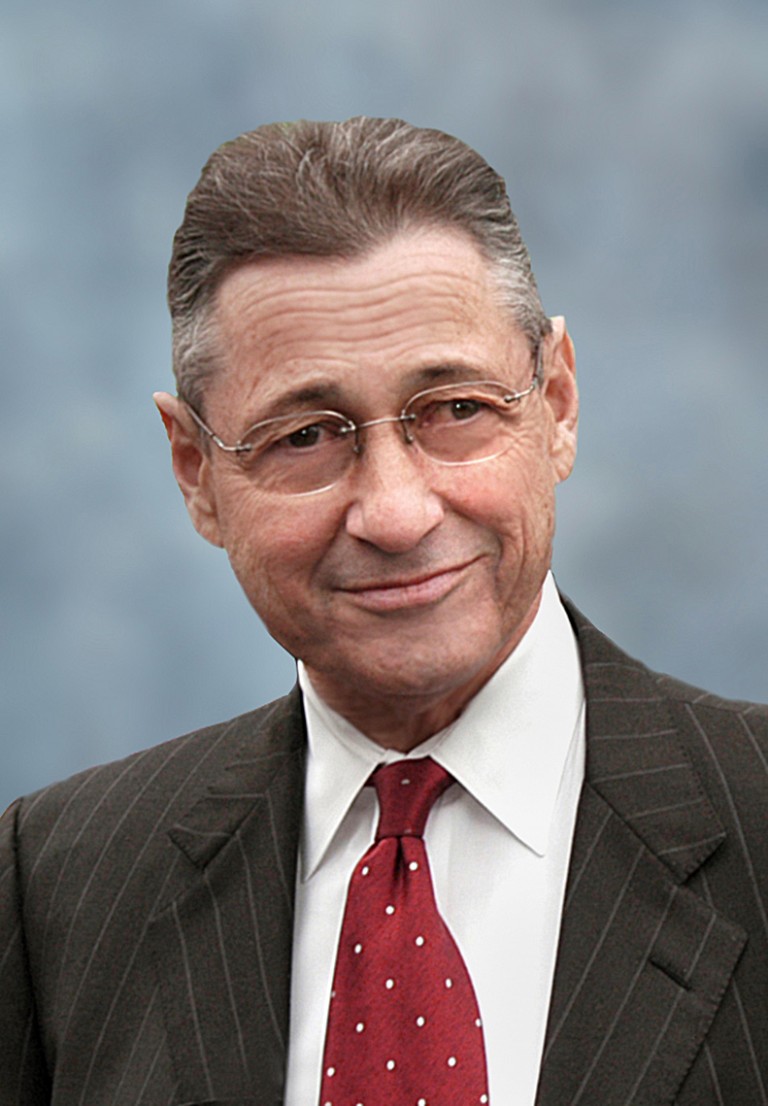 PHOTO:  Former Assembly Speaker Sheldon Silver is the latest in a long line of Albany elected officials to have to change their address to a federal penitentiary. Photo Courtesy of NYS Assembly

Former Assembly Speaker Sheldon Silver on Tuesday was sentenced to 12 years in federal prison – the coda to perhaps the most precipitous descent from the peak of New York’s political power mountain in the history of the Empire State.

Silver’s dizzying drop from the top began in January 2015, when he was arrested following a federal corruption probe charging one of Albany’s “Three Men in a Room” with using his position at Albany’s apex to receive nearly $4 million in bribes and kickbacks from people and businesses in exchange for his official acts, and obtaining another $1 million through laundering the proceeds of his crimes.

Silver, 72, was found guilty in November of all seven counts of fraud and extortion with which he was charged. He was convicted after a five-week jury trial of using his substantial power – including his influence over the real estate industry and his control over certain healthcare funding – to unlawfully enrich himself by soliciting and obtaining client referrals worth millions of dollars from people and entities in exchange for official acts, and attempting to disguise the money as legitimate outside income earned from his work as a private lawyer.

In particular, Silver claimed on financial disclosure forms required to be filed with the State, and in public statements, that the millions of dollars he received in outside income while also serving as Speaker came from Manhattan-based law firm, Weitz & Luxenberg P.C., where Silver professed to work “representing individual clients” in “personal injury actions.” These claims, prosecutors charged, were materially false and misleading – and made to cover up unlawful payments Silver received solely due to his clout as an elected official and the Speaker.

“[T]he show-me-the-money culture of Albany has been perpetuated and promoted at the very top of the political food chain,” Bharara said the day Silver was arrested. “And as the charges also show, the greedy art of secret self-reward was practiced with particular cleverness and cynicism by the Speaker himself. Among other things, we allege that Sheldon Silver, Speaker of the New York State Assembly, was on retainer to a mammoth real estate developer at the very same time that the chamber he dominates was considering and passing legislation vitally affecting the bottom line of that developer; at the very same time that he was hearing out lobbyists paid by that developer and at the very same time that he was deliberately keeping secret from the public any information about this lucrative side-deal, in violation of the law.”

In addition to the prison sentence, Silver was ordered to pay a $1.75 million fine, forfeit $5.3 million, and pay a $700 special-assessment fee.  He also was sentenced to two years of supervised release. Federal authorities had sought a fine above the Sentencing Guidelines level in light of the taxpayer-funded pension that Silver will received for the rest of his life, despite having been convicted of federal corruption offenses. In imposing the fine, Judge Valerie Caproni said she took into account Silver’s pension.