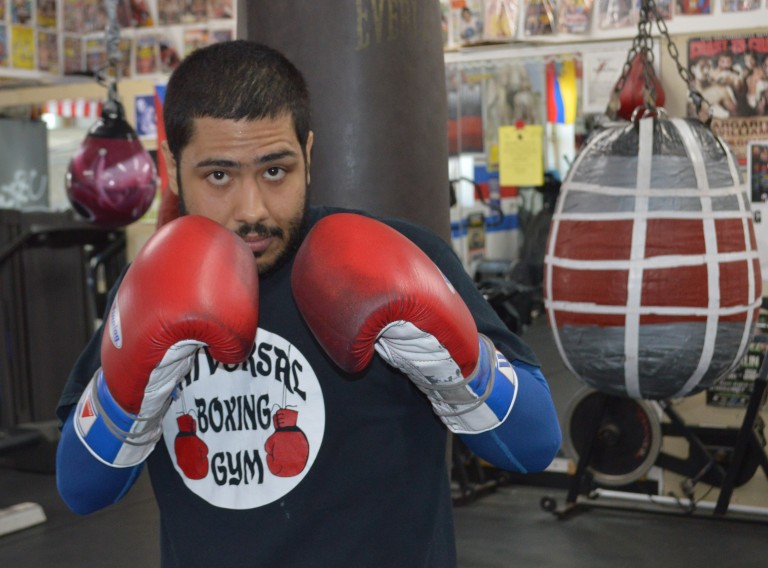 PHOTO: Michael Gonzalez, an amateur boxer with a newfound passion for fitness since losing more than 100 percent of his current body weight after regimented diet and exercise, trains himself and others at Universal Boxing Gym in Ozone Park. Forum Photo by Eugénie Bisulco

“The ending of this movie would be me winning the Golden Gloves and putting them around my brother’s neck,” said Michael Gonzalez, 29, of Woodhaven.

He’s been fighting – literally and figuratively – since he found himself in the hospital a few years ago, suffering from everything from bronchitis to diabetes. At 350 pounds, Gonzalez’s body was in trauma mode. He struggled with sleep apnea and asthma. A Russian doctor asked plainly, “Why are you so fat?” and warned him that he was destined to die if he continued along his current path. 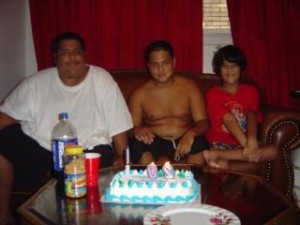 “We were just slobs,” Gonzalez said of himself and his brother Danny, now a professional boxer with a record of 10-0.

It was the example set by Danny, who is younger, along with the haunting words of the Russian physician, that finally inspired Gonzalez to make some long-overdue changes. Having signed up for a gastric bypass, he was regimented to drinking only shakes for a month. Doing so caused him to lose 30 pounds, and thinking “I can do this,” he cancelled the impending surgery. Danny, then 17 and 220 pounds himself, made his brother get out and go running with him on a horse trail in Forest Park.

“Without him, I’m not sure where I’d be,” Gonzalez remarked solemnly. “But I definitely didn’t want to get left behind and lost in the park.”

The Golden Gloves – the ultimate award for amateur fighters, who make no money for their matches, and a starting point for many of the great champion professionals — dangled like carrots at a finish line that kept getting closer and closer while still seeming impossibly far away. Danny had spoken to a nutritionist and developed a diet and routine which he then shared with his brother. In the first year of his newfound strength and resilience, Gonzalez lost a whopping 150 pounds – a welterweight fighter’s worth in and of itself.  In the last four, he gradually and healthfully lost nearly 50 more, and his current fighting weight is 152.  His progress as a pugilist is also remarkable:  his record is 12-2.  The competition and the requirements have gotten steeper, as, among other differences, after an amateur’s first 10 fights, the rounds get lengthened from two minutes to three.

When Gonzalez isn’t competing or with his close-knit family, you can find him at Universal Boxing Gym in Ozone Park, training a number of other fighters as well as himself. Sitting atop a stool surrounded by boxing memorabilia, a lot of which celebrates his brother’s success, Gonzalez seemed undaunted by a recent loss in the ring – even more determined, in fact, to pursue the Gloves. That same resolve flamed his decision to get his youngest brother Steven, 19, on a track toward losing weight.  Now 159 pounds, Steven started at 200 before Michael began preparing his meals.

Gonzalez next fights on June 25 at Danbury War Memorial, just a hop, skip and left hook away in Connecticut. For more information regarding the event, or about amateur training opportunities in the area, contact Coach Moises Roman, Jr. at Universal Boxing.