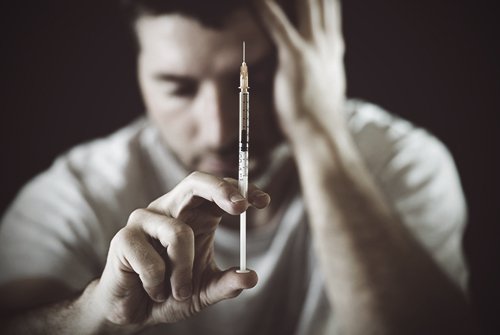 PHOTO: The Senate has approved 10 bills aimed at stemming the overwhelming tide of deadly heroin and opioid abuse. Courtesy of DrugAbuse.com

In an effort to help New York get a grip—however tenuous—on the sweeping heroin and opioid epidemic, the State Senate has recently passed a package of 10 bills aimed at protecting residents from the horrors of drug-related deaths, illness, and crime, according to Sen. Joe Addabbo, Jr. (D-Howard Beach).

“Lives are being tragically and needlessly ruined and lost in New York and across the nation from a frightening epidemic of heroin and opioid abuse,” Addabbo said. “Here in New York City, according to the Health Department, deaths attributed to unintentional opioid overdoses rose by 56 percent between 2010 and 2014, with 79 percent of all drug overdose deaths in 2014 involving some form of opioid, including heroin and powerful prescription painkillers. We are already taking action to address this epidemic, such as making life-saving naloxone more readily available to reverse overdoses, but much more needs to be done both here in the city and statewide.”

Some of the bills recently approved by the Senate include:

S.6962, which would help to ensure that insurance coverage is made available for pain management opioid medications that are manufactured in a way designed to prevent their misuse or abuse, such as making them difficult to crush or liquefy (and thereby inject or snort.)
S.6623, which would impose greater restrictions on access to fentanyl and derivatives of the drug – a pain medication said to be 100 times more powerful than morphine and much deadlier than heroin – and also increase penalties for its illegal sale, especially when it is sold combined with heroin.
S.6516, which would require the State Department of Health to track and annually report on opioid overdoses and deaths, as well as the administration of “antagonist” drugs used to revive overdose victims, on a county-by-county basis to reveal where areas of particular abuse are located.

S.4177, which would redefine the state crime of operating as a major drug trafficker to make it easier to prosecute and convict major dealers of heroin and other deadly substances.
S.4163, which would enact “Laree’s Law” and make it possible to charge drug dealers whose customers die from the use of heroin and other opioids with homicide, instead of only criminal sale of a controlled substance.
S.7365, which is designed to combat the over-prescription of powerful opioid painkillers by enabling patients to request smaller quantities of medication (to prevent the use and abuse of left-over pills by others), ensuring that patients are advised by their physicians of the risks associated with opioid-related addiction, and requiring that the reason for the prescription be clearly documented in medical records.
S.7317, which would make it easier for physicians treating patients in managed care programs to prescribe buprenorphine, an effective opioid-withdrawal and addiction recovery drug.
S.7315, which would require the Office of Alcoholism and Substance Abuse Services to create a card or pamphlet, to accompany each opioid prescription, detailing the risks of taking opioids, the signs of addiction,  and safe drug disposal methods, while also providing phone and text number information for HOPELINE, New York’s primary addiction assistance program.
S.7200, which would make it a class B felony to sell controlled substances within 1,000 feet of a drug or alcohol treatment center or methadone clinic.
S.7012, which would help to ensure that criminal penalties associated with heroin are updated and strengthened to reflect the light weight of the substance in comparison to other drugs and its high potency and danger.
The bills are now under consideration by various committees in the Assembly.