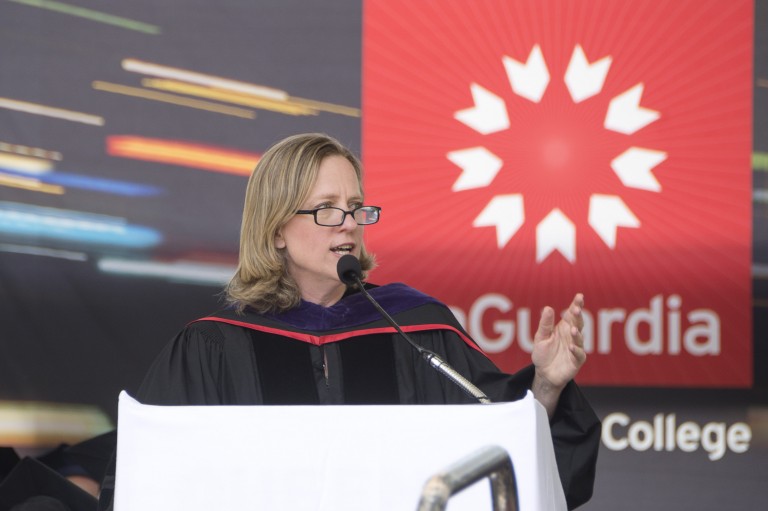 PHOTO: Katz delivered the keynote address at the LaGuardia Community College commencement ceremony just days before announcing an allocation of $3.64 million to fund projects at four CUNY public institutions of higher learning in Queens, including $1 million toward the construction of LaGuardia’s Center for Career and Employment Training. Courtesy of Kristian Larrota

This year’s $3.64 million allocation, Katz noted, comes on top of the $8.75 million previously allocated by the Borough President’s Office between Fiscal Years 2015 and 2016 toward CUNY capital projects.

“As the third-largest university system in the United States, CUNY offers a high-quality and remarkably affordable and competitive higher education that enables the pursuit of the American Dream,” Katz said. “CUNY has been a critical door to opportunities for millions of New Yorkers and their families, and here in Queens we’re proud to be home to some of the best of CUNY schools. This multi-million dollar allocation of public funding is a direct investment into the public colleges of our borough so that CUNY remains able to meet the educational needs of its hard-working students.”

“Queens Borough President Katz had provided critical and generous funding for CUNY projects that will enhance program quality, student experience and college value at Queens, York, LaGuardia and Queensborough Community colleges,” said CUNY Chancellor James Milliken. “I deeply appreciate her commitment to CUNY, which has such a positive impact on the borough and city.”