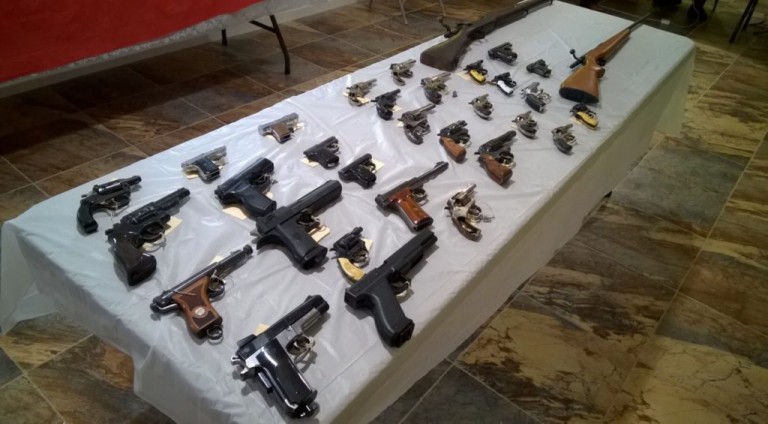 Fourty-five firearms were turned in at the event, which was organized in partnership with the Queens District Attorney’s Office and City Councilman Donovan Richards (D-Laurelton). Individuals who turned in weapons received cash gift cards in return, no questions asked.

Seventeen revolvers were turned in; seven semi-automatic firearms; eight rifles; three shotguns; and 10 other types of guns were given to authorities at the Macedonia Baptist Church.

“As former president of the 100th Precinct Community Council, I will always advocate for gun buy back programs,” said civic leader Danny Ruscillo. “Now as an NYPD Community Partner, it has always been my belief that this is a great program – just one gun taken off our city streets could save a life.”

In April, 89 weapons were turned in at another gun buy back in Laurelton.