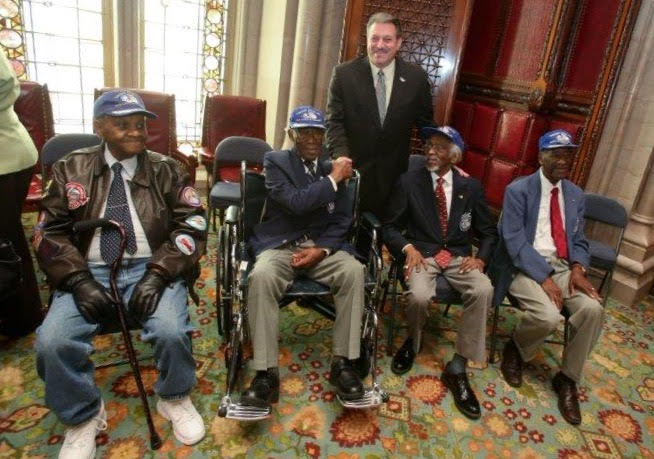 State Sen. Joe Addabbo, Jr. (D-Howard Beach) said he thanked the men not only for their service during World War II, but for their bravery in breaking through the color barrier and being a part of the first African-American military aviation group in the history of the United States Armed Forces.