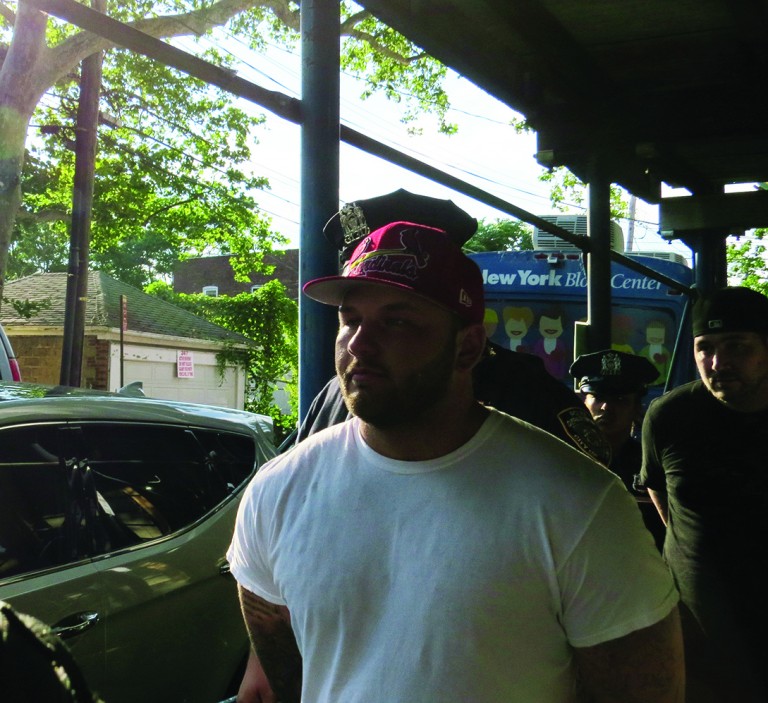 A routine traffic stop for tinted windows has landed the grandson of late mob boss John Gotti behind bars.

Police officers from the 106th Precinct pulled over Gotti, 23, and his passenger, Shaine Hack, 36, on Cross Bay Boulevard late Thursday afternoon. Gotti’s drivers license came up as suspended, and the pair were subsequently asked to step out of a late-model black Jeep. A search of the vehicle allegedly returned marijuana, hundreds of oxycodone pills, and steroids. Cops also allegedly found a gravity knife, which is illegal in the five boroughs, in the waistband of Hack’s shorts.

Both men were placed under arrest and taken into custody.