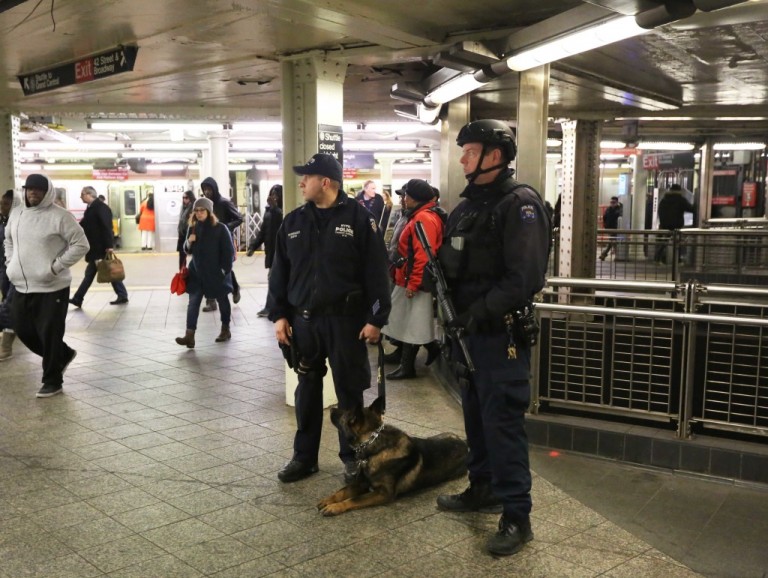 PHOTO: Part of the counterterrorism funding will go to the NYPD’s patrol and protection of the subway system. Courtesy of NYPD

To support transportation infrastructure security activities against terrorist attacks, an additional $22.7 million has been awarded to three State transit authorities. The grants are part of the federal Transit Security Grant Program, and will be used to harden infrastructure, and planning, training, and exercise activities.

“The safety and security of all New Yorkers is priority number one,” Cuomo said last Thursday. “This funding will ensure that those on the front lines have access to the equipment, resources and training they need to protect our communities from those who wish us harm. It is essential that we continue to remain vigilant and invest and support these counterterrorism efforts.”

“Moving customers safely and securely through our system is our top priority. This money will help us to further enhance our infrastructure protection, employee training and to maintain strong police presence in the system to deter threats to the public and our trillion-dollar asset,” said MTA Chairman and CEO Thomas Prendergast. “We’re grateful for the continued advocacy from FEMA, DHS and TSA for recognizing that New York and the MTA remain top potential terrorist targets and that we must continue to be as vigilant as ever protecting all those who use our system.”

To combat modern developments in terror attacks, the Budget includes a $40 million investment, first proposed in Cuomo’s State of the State, to expand the presence of law enforcement agencies statewide; $10 million for safety equipment for local law enforcement agencies; and a $4 million investment to provide high-powered rifles, body armor and ballistic helmets to uniformed State Police troopers, along with the necessary training to prepare them to respond to the evolving threat of terrorism, the governor added.

“New Yorkers know firsthand the pain of a terror attack here at home. 9/11 was a living nightmare, one that should never be repeated,” said U.S. Rep. Carolyn Maloney (D-Queens, Brooklyn, Manhattan), noting that with “federal funding we will be able to increase our defenses against attacks and insure the safety of all those who travel on public transit. Our infrastructure will be more secure, and our officers will be even more rigorously trained. We are ensuring that NYC is protected from every angle so the greatest city in the world can keep standing strong.”