PHOTO: Both mother and young daughter were ejected through the rear window of their car upon impact. Forum Photos by Richard York

A Richmond Hill man, who was allegedly driving with a suspended license, has been charged with vehicular manslaughter and other related crimes for causing the death of a 40-year-old woman and critically injuring her 9-year-old daughter after speeding through a stop sign and slamming into their vehicle this past Sunday in South Ozone Park, according to Queens District Attorney Richard Brown, the police, and published reports.

Budhu was ordered held without bail and to return to court on Aug. 3. 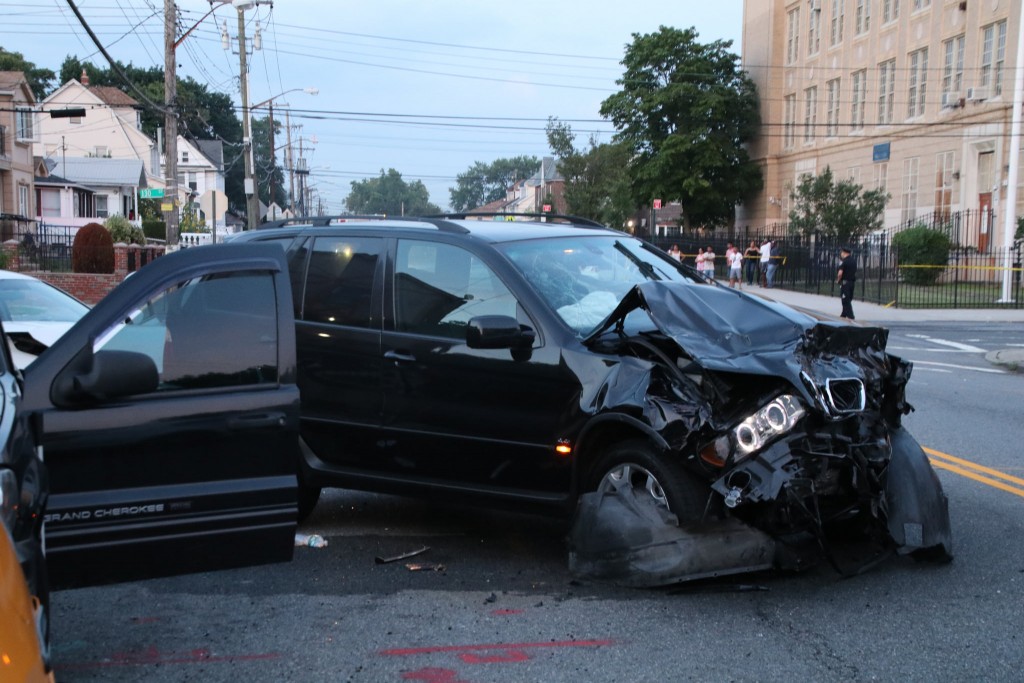 Police said the driver of the SUV blew by a stop sign and blasted the victims’ vehicle at 115th Avenue and 130th Street in South Ozone Park.

According to the charges, Budhu on Sunday afternoon was driving a black BMW SUV westbound on 115th Avenue at more than 60 miles per hour in an unposted 25 miles per hour zone when he crossed over double yellow lines into the eastbound lanes of oncoming traffic, overtaking other vehicles, before returning to the westbound lanes and driving through a stop sign at the intersection of 130th Street, where he struck the passenger side of a Toyota Corolla, causing two passengers in the Toyota’s rear seats – Zaakika Rasool, 40, and her 9-year-old daughter – to be ejected.

“The guy was coming so sudden at 100 miles per hour. I tried to swerve to get away,” Azaan Rasool, Zaakika’s husband and the little girl’s father, told the New York Daily News.

Zaakika died shortly after being rushed to an area hospital. Her daughter remains hospitalized with serious injuries.

It is additionally alleged that Budhu fled the scene of the crash on foot. He was arrested on Tuesday morning after cops found him drinking on a porch on 103rd Avenue.

If convicted, Budhu faces up to 15 years in prison.