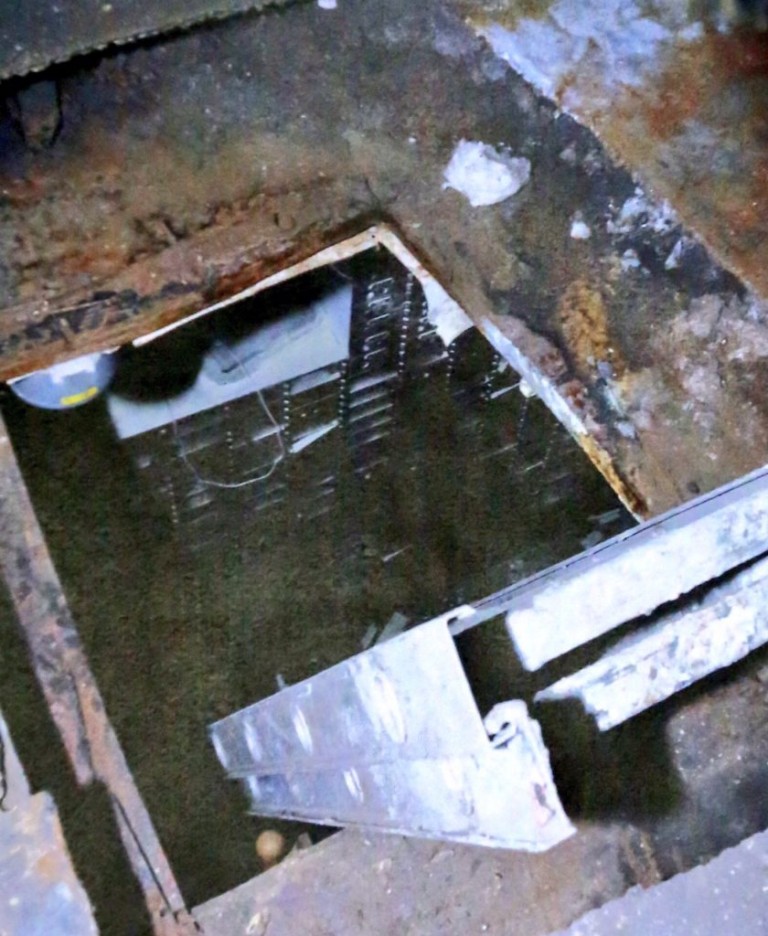 PHOTO: The burglars used blowtorches, according to investigators, to cut into the top​s​ of the banks’ vaults from the roofs of the buildings. Courtesy of DOJ

Two months later, it seems the bloodhounds got their burglars.

Three Brooklyn men this week were arrested for their roles in two bold bank burglaries earlier this year – including the Maspeth Federal Savings heist in May that crippled the Woodhaven Boulevard branch for days, according to the U.S. Attorney for the Southern District.

According to the complaint, between April 2016 and the present, Mazzara, Kerrigan, and Mascuzzio were part of a crew that burglarized banks in Queens and Brooklyn by cutting into the vaults and stealing a total of approximately $5 million in cash, jewelry, diamonds, stock certificates, and other valuables, according to U.S. Attorney Preet Bharara.

Specifically, Bharara noted, from about April 8 to April 10, Mazzara, Kerrigan, and others burglarized an HSBC Bank branch in Brooklyn. And from about May 19 to May 22, Mazzara, 44, Kerrigan, 40, Mascuzzio, 36, and others hit the Maspeth Federal branch on Woodhaven Boulevard and 64th Road.

On both occasions, Bharara said, the crew used acetylene blowtorches to cut into the top of the banks’ vaults from the roof of the building. At the Maspeth Federal job, they shielded their activities from view by constructing a plywood shed on the roof of the bank. They then entered the vaults from above, broke open safe deposit boxes, and took both cash and valuables.

Surveillance footage captured some of Mazzara, Kerrigan, and Mascuzzio’s activities as they prepared for and executed the burglaries, authorities said. Financial records and video surveillance also showed Mazzara and Mascuzzio purchasing some of the hardware and supplies that appear to have been used in the Maspeth burglary.

“These heists resembled scenes from the movie ‘Heat’ – the work of a crew that was well organized, meticulous, and elusive to law enforcement,” said Police Commissioner Bill Bratton. “This investigation was conducted with painstaking persistence. Left with few clues after the heists, our Crime Scene teams hunted for every shred of evidence. From the plywood purchased at a nearby Home Depot, to the torches from a Brooklyn welder used to muscle into the vault, the picture slowly came into focus, resulting in today’s arrests and charges.”

Bharara said the investigation is continuing.

“In the dark of the night, these defendants allegedly blowtorched their way through the roofs and into the vaults of two different banks, stealing over $5 million in cash and customer valuables kept in safe deposit boxes,” he added. “Through their brazen bank heists, the defendants allegedly stole not just people’s money, but their memories too, leaving in their destructive wake gaping holes and looted vaults. But these bank jobs also left enough of a trace for the FBI and NYPD, whose good old-fashioned police work led to the charges and arrests announced today.”