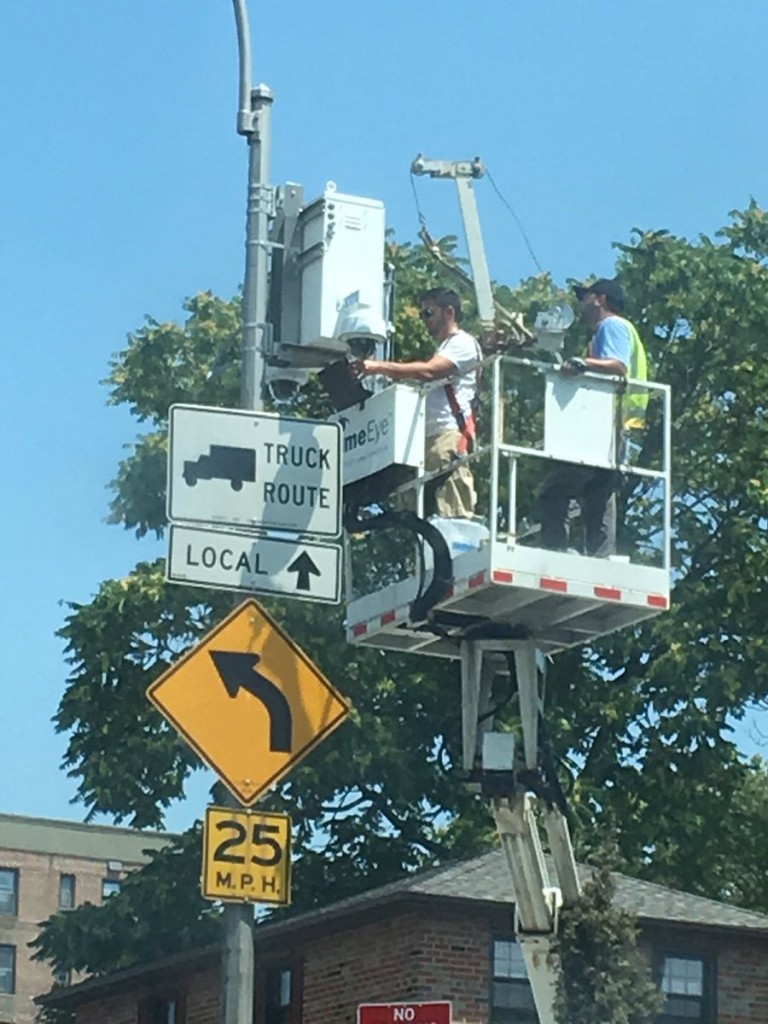 PHOTO: Fourteen cameras have been installed around the 544-acre green space. Courtesy of Alex Blenkinsopp

Fourteen high-tech surveillance cameras owned and operated by the City Police Department were posted in several spots on the perimeter of the 544-acre park, including at the intersection of Forest Parkway and Park Lane South; the Carousel; and Woodhaven Boulevard and Park Lane South.

State Sen. Joe Addabbo, Jr. (D-Howard Beach) and Assemblyman Mike Miller (D-Woodhaven) secured $250,000 for the equipment in 2013. That same year, detectives released a sketch of the attacker, who they said has struck half a dozen times from March 2011 to August 2013 during daylight hours inside the expansive flagship green space. His last known assault occurred on Aug. 26, 2013, when he used a stun gun to subdue and rape a 69-year-old woman near Myrtle Avenue and Forest Park Road.

The painfully slow wheels of bureaucratic procedure over the past three years only served to heighten the anxiety of park patrons and area residents. Still, many members of the community last week were thrilled at the sight of the new security measures.

“It was terrific finally to see the cameras being installed after years of waiting,” said Alex Blenkinsopp, director of Communications for the Woodhaven Residents’ Block Association. “I had to make sure I wasn’t hallucinating!