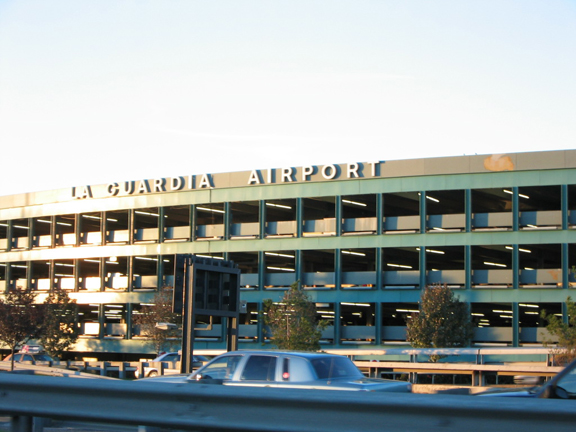 U.S. Sen. Charles Schumer (D-N.Y.) this week sent a letter to the Department of Homeland Security, asking the agency to conduct a comprehensive security review of all major New York-area airports and determine whether camera blind spots or other serious vulnerabilities exist.

Schumer’s request comes after a recent NBC News report that suggested “shocking loopholes” in surveillance: At LaGuardia and Newark Liberty International airports, the baggage pick-up and drop-off areas at do not contain security cameras, leaving these zones at-risk in the event of a future terror attack, Schumer said.

“Ensuring robust security at NYC-area airports is public safety 101, even before the rise we have seen in terror threats and attacks,” the senator said. “To hear multiple reports that showcase NYC-area airports have serious security issues, like camera blind spots, is a problem that must be fixed immediately. There is no time for delay. There is only time to fix it fast. That’s why I am urging the Department of Homeland Security to lead an immediate review of security measures at all NYC-area airports. We want DHS to review the most recent claims of blind spots and each airport’s overall security infrastructure. If DHS finds there are major holes, we must close them as soon as possible because only 360-degree airport security will do.”

Schumer said he is even more concerned that the recent report indicates that there is no unified security camera system at any of the New York area airports, and that Port Authority Police are unable to access all of the security cameras at once in real-time in order to deal with potential issues. Schumer is urging DHS to work with the Port Authority, the Transportation Security Administration, and other “relevant stakeholders” to ensure that any concerns are identified and fixed immediately.

According to New York’s senior senator, security cameras at airports are not required by federal law. Instead, Schumer said, ownership and responsibility of installing and monitoring cameras has been tangled in a bureaucratic mess.

Schumer said the recent concerns relate to the June terror attack at Turkey’s Istanbul Ataturk Airport, where terrorists killed 45 people and injured 230 others after coordinating a “soft-target” attack, which took place in the terminal entrance. Security cameras captured footage of one of the bombers. And in March, terrorists bombed the departure area of Brussels Airport. The bombers were captured by CCTV footage pushing suitcases through the departure area.

Schumer said these tragic incidents highlight a real need for security cameras at all New York City airports and the need for the Department of Homeland Security to give each NYC-area airport a fresh look to determine where breaches might occur and if those areas have security blind spots that need to be addressed.

“I applaud the work your agency has already done in improving airport security but we must remain ever vigilant and ‎continue to build on the progress that has been made,” Schumer wrote in the missive addressed to Homeland Security Secretary Jeh Johnson.