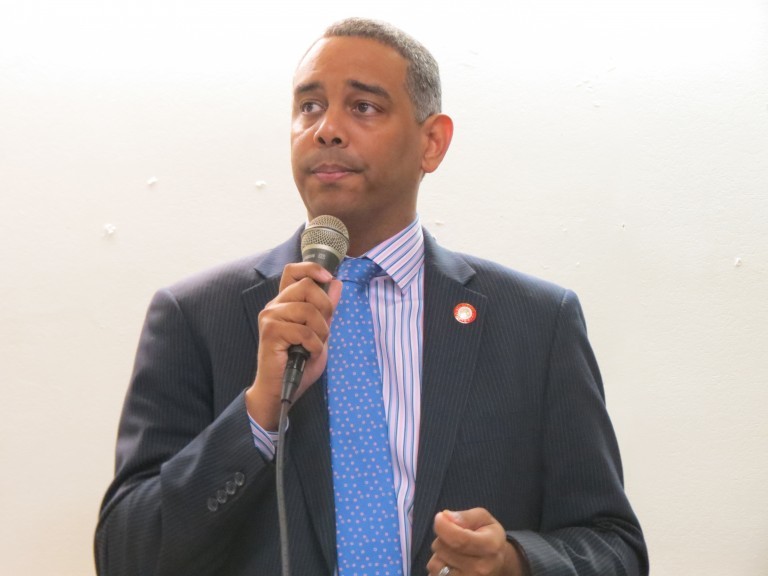 PHOTO: Councilman Wills’ resolution calls on the State to enact legislation to provide a community with the right to comment on any proposal to locate a certain juvenile justice facility in its neighborhood. File Photo

City Councilman Ruben Wills’ (D-Jamaica) resolution calling on the State Legislature to enact a law that will provide communities with the right to comment on any proposal to locate certain facilities in their neighborhoods has been referred to the Council’s Juvenile Justice Committee.

Resolution 1162 would apply notice and comment provisions similar to the Padavan Law – revolutionary legislation named for former State Sen. Frank Padavan (R-Bellerose) that was passed in 1978; it requires the notification of a community district about the planned establishment of a residential facility or group home – to any site selected for a Limited Secure Placement facility under the Close to Home initiative.

The targeted community district would have the opportunity to hold public hearings to determine if it will approve the selection, fight it, or propose an alternate location. It could also make an appeal to the commissioner of the sponsoring agency.

“At the time the Close to Home initiative became law, no consideration was given to the need to include a community input requirement for the siting of a facility,” Wills said. “The residents living in the neighborhoods that were selected for the Limited Secure rollout of Close to Home only became aware of these facilities’ existence long after the buildings had been identified and acquired by ACS’ providers.”

Last year, Wills and concerned members of a South Ozone Park community blasted the City and the nonprofit operator of a proposed LSP facility for quickly setting up shop at the 127th Street site without consulting the neighborhood.

“In my South Ozone Park district, this lack of disclosure created tension that could have been avoided had there been greater transparency from the outset,” Wills noted. “Reso 1162 stresses the need for the State to remedy this issue, and take action to prepare for potential scenarios that could result in the relocation of youth offenders from city and state correctional facilities – such as a shutdown of Rikers Island, or an increase in the age of criminal responsibility. Close to Home is a worthy program with good aims, but it has not always been managed well, and that has caused anxiety within its host communities. It is only appropriate that steps be taken to give due consideration to the public’s concerns.”