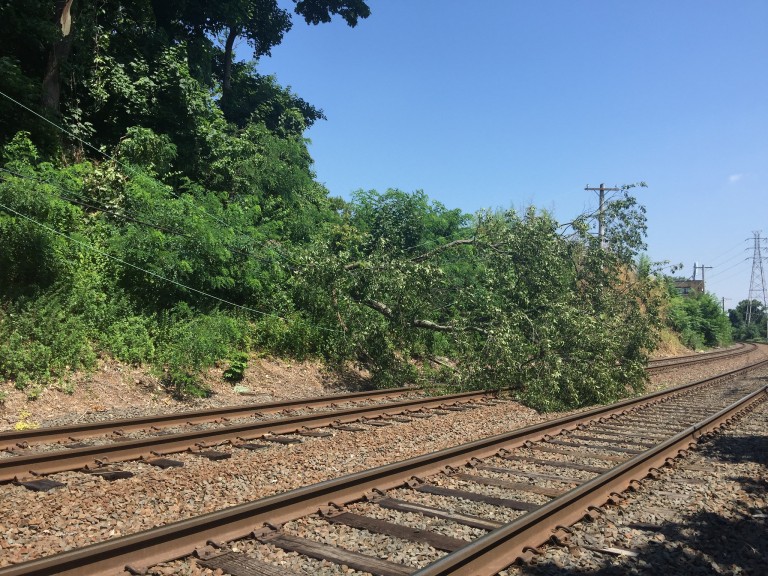 PHOTO: Operation Track Sweep will cover all 469 subway stations, according to the MTA. Courtesy of MTA

The Metropolitan Transportation Authority recently announced Operation Track Sweep: a multi-pronged plan to reduce the amount of trash on subway tracks at every station in the system, and in the process improve the station environment, and curtail track fires and train delays.

“Operation Track Sweep is a critically important part of our overall effort to create a transit system that’s faster, more efficient, and more customer-friendly,” said MTA Chairman and CEO Thomas Prendergast. “There’s no question that a concerted and sustained effort to limit trash on subway tracks will have a significant impact on the efficiency of subway service – getting rid of trash on the tracks helps us decrease the number of track fires, and that means fewer delays. Just as importantly, this initiative will also have a positive effect on how people feel about their daily commute – when there’s less debris, the entire station looks and feels cleaner, and the ride is more enjoyable.”

The program, according to the agency, will be rolled out in four phases:

Starting on Sept. 12, the MTA will launch a two-week, system-wide cleaning during which more than 500 workers will remove trash and debris from the tracks at all of the system’s 469 stations – more than 10 miles of subway station track. The clean-up work on underground stations will be done at night, when ridership is at its lightest. During the day workers will clean tracks at outdoor and elevated stations. During this phase of Operation Track Sweep, signs will be posted at each station noting the date and time that the tracks were cleaned.

The MTA is also working with two manufacturers on the development of a powerful and portable track vacuum system that can be quickly deployed, operated from platforms, and moved easily from one station to the next. Prototypes of the new vacuums are slated to arrive in the November/December time frame.

In addition, the MTA has ordered a trio of powerful new track vacuum trains, with the first two trains arriving in 2017, and a third in 2018. Vacuum trains can remove up to 14 cubic yards of trash every day.

The MTA is also purchasing 27 new refuse cars to move debris out of the system more quickly and support the new expanded cleaning effort. The cars are equipped with special railings to secure and transport wheeled garbage containers that are collected at subway stations.

“Operation Track Sweep represents an entirely new way of thinking about how we can improve service, and provide an enhanced customer experience,” said Veronique Hakim, president of NYC Transit. “We’re approaching this as a sustained effort to get the tracks clean, and keep them as clean as possible over the long haul. Even as we redouble our efforts, it’s important for everyone to realize that riders have a critically important role to play as well – keeping the tracks clean means that everyone has to pitch in by disposing of trash properly.”